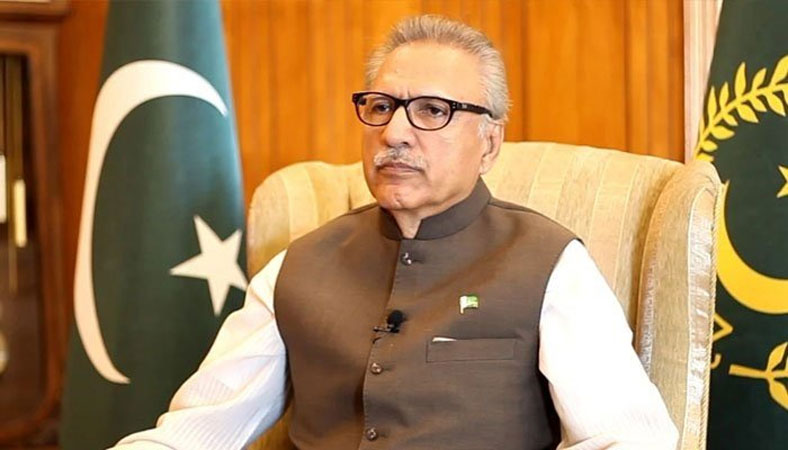 President Dr Arif Alvi Thursday underscored the need for guidance of youth and women to take full advantage of ‘Kamyab Jawan Program’, ‘Insaf Rozgar Scheme’ and others such projects of youth welfare besides lauding three years performance of KP government.

He expressed these views here at the KP Governor House where he was briefed on the ongoing development and people welfare projects.

KP Governor Shah Farman and Chief Minister Mahmood Khan along with provincial ministers and advisers were present on the occasion.

Underlining the need for providing guidance to youth and females about the ongoing projects, he said, ‘Kamyab Jawan Program’, ‘Insaf Rogar Schemes’ and others such programs were meant for welfare of youth and females.

He directed the provincial governments and chamber of commerce and industries to provide information and guidance to youth about the loan schemes initiated by the government.

President Dr Arif Alvi further stressed the need for facilitating the investors to attract domestic and foreign investment in the province.

He said development of mines and minerals sectors would directly provide employment opportunities to the local population besides speedy uplift in the province.

Referring to the newly merged tribal districts, the president noted that an alternate disputes resolution system in merged areas would provide inexpensive and speedy justice to tribal people besides reducing burden on judiciary in the area.

During the briefing, the president was informed about the development projects and improvement in the newly merged districts as well as completion of merger process of erstwhile FATA in Khyber Pakthunkhwa.

It was said that as many 901 development projects worth Rs 491 billion had been approved for the merged districts.

The president was assured timely completion of all these development projects in the merged districts for benefits of tribal people.

President DrArifAlvi highly lauded the three years performance of the KP government and holding of consultative sessions for resolution of the problems of people of merged districts.

The president expressed satisfaction on the provision of ‘SehatInsaf Card’ and quality health services to people of KP including the merged districts.