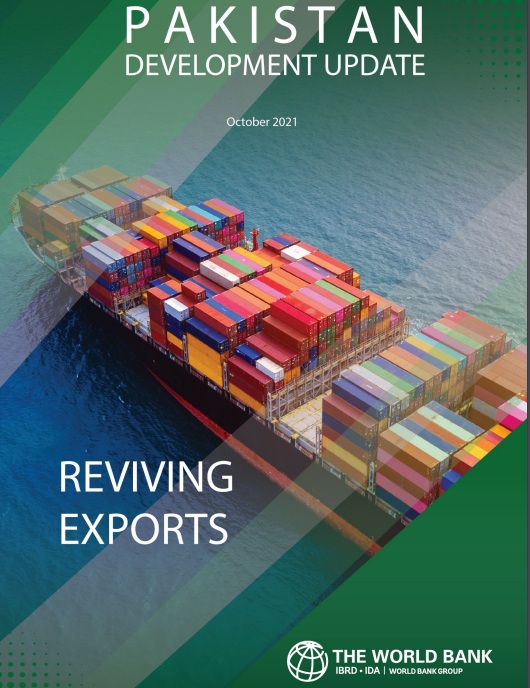 ISLAMABAD: The World Bank has projected Pakistan’s debt to Gross Domestic Product (GDP) ratio to ease to 90.6% in current fiscal year and to 89.3% in the next fiscal year 2022-23.

The World Bank in its recent report “Pakistan Development Update October 2021” said that the total debt to GDP ratio had peaked to 92.7% in the year 2019-20, however, it had been declining since then. The public and publicly guaranteed debt declined to 90.7 percent of GDP in end-June FY21, down from 92.7 percent in end-June FY20. At the end-June FY21, external debt accounted for 33.9 percent of the total public debt, whereas short-term debt accounted for 16.2 percent – indicating low rollover risks, the report added.

Meanwhile, the report said that in FY21, the fiscal deficit (excluding grants) narrowed to 7.3 percent of GDP from 8.1 percent in FY 20, as revenue growth, underpinned by stronger domestic activity, outpaced higher expenditures. Further, it added that despite fiscal consolidation efforts, the deficit (excluding grants) is projected to remain high at 7.1 percent of GDP in FY22 and widen to 7.2 percent in FY23 due to pre-election spending. Implementation of critical revenue-enhancing reforms, particularly the harmonization of the General Sales Tax, will support a narrowing of the fiscal deficit over time.

Public debt will remain elevated in the medium-term, as well Pakistan’s exposure to debt-related shocks. The report also projected Pakistan’s poverty rate to ease in the coming years. “Bolstered by the recovery in the industry and services sectors and resultant off-farm employment opportunities, poverty incidence, measured at the international poverty line of USD1.90 PPP 2011 per day, is expected to have declined to 4.8 percent in FY21 from 5.3 percent in FY20,” it added.