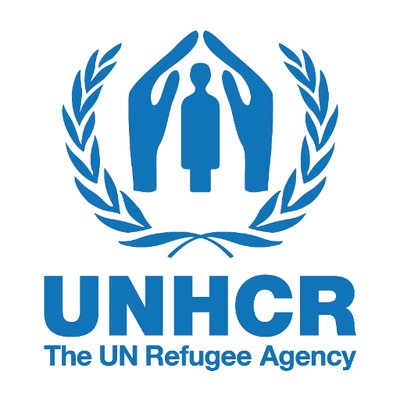 UNITED NATIONS: Amid raging conflict in the Ethiopian region of Tigray, the UN High Commissioner for Human Rights, Michelle Bachelet, has made an impassioned plea for all parties to end the violence and prioritize the protection of civilians and full respect for their rights.

The rights chief’s appeal followed the declaration of a state of emergency in Ethiopia, as reports said that Tigrayan forces had made further advances into the neighbouring Amhara region, and other news reports of shelling of the Tigrayan capital Mekelle, by Ethiopian Government forces.

“The risks are grave that, far from stabilizing the situation, these extremely broad measures – which include sweeping powers of arrest and detention – will deepen divisions, endanger civil society and human rights defenders, provoke greater conflict and only add to the human suffering already at unacceptable levels,” Ms Bachelet said.

In an appeal for calm that coincided with the release of a hard-hitting joint UN-Ethiopia report which suggested that all sides were responsible for terrible abuses during the first eight months of fighting, the UN rights chief urged them to prioritize the protection of civilians. And with the eyes of the international community fixed firmly on the alarming situation, Ms Bachelet called for justice and truth for victims’ families to be pursued, in a transparent manner.

“Civilians in Tigray have been subjected to brutal violence and suffering,” she told journalists in Geneva, at the launch of a report by her Office and the Ethiopian Human Rights Commission into the “The Joint Investigation Team uncovered numerous violations and abuses, including unlawful killings and extra-judicial executions, torture, sexual and gender-based violence, violations against refugees, and forced displacement of civilians.”

Based on nearly 270 confidential interviews with victims and witnesses and more than 60 meetings with federal and regional officials, the report covers the period from 3 November 2020, when the conflict began between the Ethiopian National Defence Force (ENDF), the Eritrean Defence Force (EDF), the Amhara Special Forces (ASF) and other militias on one side, and the Tigrayan Special Forces (TSF), Tigrayan militia and other allied groups on the other.

The reporting period runs through until 28 June 2021, when the Ethiopian Government declared a unilateral ceasefire. Ms Bachelet insisted that there were reasonable grounds to believe that all parties to the fighting had committed violations of international human rights, humanitarian and refugee law, some of which may amount to crimes against humanity and war crimes, on the basis that the victims were not involved in the fighting.

“The family of four killed in Ayder, Mekelle as their house was shelled, reportedly by the Ethiopian National Defence Forces, without any apparent military justification,” she said, highlighting some of the harrowing accounts given to investigators.

“The 26-year-old woman in Adiet who was gang-raped by Eritrean Defence Force soldiers in front of her three-year-old daughter. The man in Maikadra attacked with machetes by the ‘Samri’ Tigrayan youth group, shot in the back and thrown into a fire.”

In a statement acknowledging that the reporting team had faced “security, operational, and administrative challenges” in accessing all parts of Tigray, the High Commissioner’s noted that it had visited several locations, including Mekelle, Eastern Tigray (Wukro), southeastern Tigray (Samre and nearby areas), Southern Tigray ( Alamata, Bora and Maichew), Western Tigray (Dansha, Humera and Mai Kadra), and Bahir Dar and Gondar in the Amhara region, as well as Addis Ababa.

“The Tigray conflict has been marked by extreme brutality,” Ms Bachelet said, in reference to the attacks against civilians by Ethiopian, Eritrean and Tigrayan forces and the horrific testimonies of sexual violence shared by 30 women survivors, nearly half of whom had been gang-raped.

Equally worrying was the fact that some 400,000 people were still living in famine-like conditions, amid an ongoing lack of aid deliveries to Tigray. “The gravity and seriousness of the violations and abuses we have documented underscore the need to hold perpetrators accountable on all sides,” the High Commissioner said.

According to the report, on 28 November 2020, shelling fired from a mountain area under the Ethiopian National Defence Forces’ control, “hit more than 15 civilian facilities in Mekelle, killing at least 29 civilians and injuring at least 3