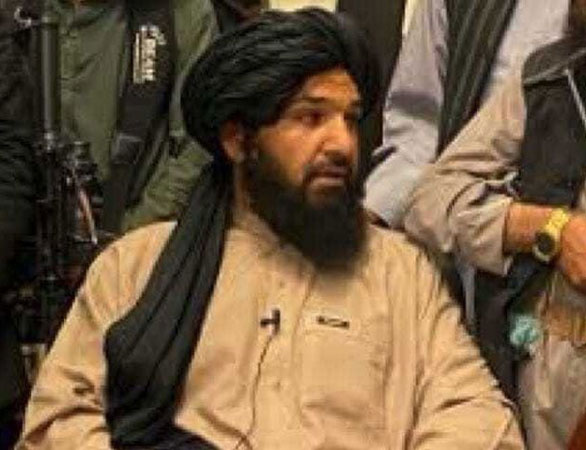 The chief military strategist for the Taliban, Qari Hamdullah Mohlis, was killed in Tuesday’s attack on a Kabul military hospital carried out by the Islamic State, media reports said.

Mohlis was also the military chief of Kabul and was previously the commander of Khost and Paktika provinces.

The commander of the Badri Brigade, touted as the special forces of the Taliban, was also killed in the attack.

On Tuesday, at least 19 people were killed and 50 wounded when two explosions followed by gunfire hit Sardar Mohammad Daud Khan hospital in central Kabul. According to local commanders, Mohlis rushed to the site after he was informed of the attack and commanded the Taliban response to repulse the attack. He received multiple bullet injuries to his upper body which proved to be fatal.

Mohlis was also the commander who took control of the presidential palace on August 15 after Ashraf Ghani fled. Following the attack, two IS members were arrested in search operations. After an initial investigation, the Taliban claimed the arrested militants were foreigners and spokes Arabic and English.

“The IS insurgents wanted to target civilians, doctors and patients in the hospital,” spokesman Zabiullah Mujahid had said on Tuesday after the attack, claiming that Taliban forces had repulsed the attack within 15 minutes.

As part of the response, he said, Taliban “special forces” were dropped onto the roof of the hospital from one of the helicopters that the group seized from Afghanistan’s former US-backed government. The attack got under way when a suicide bomber detonated his explosives near the entrance of the sprawling site. Gunmen then broke into the hospital grounds, firing their weapons. “Nineteen dead bodies and about 50 wounded people have been taken to hospitals in Kabul,” a health ministry official who asked not to be named told AFP.

Mujahid played down the death toll, but confirmed that two Taliban fighters, two women and a child had been killed outside the hospital. One woman who had been trapped in the hospital when the attack began told AFP how she and her friend “felt we were going to die, that our lives were ending”. “There was a blast at the door,” Rowana Dawari, a poet and lecturer, told AFP. “Daesh came and started firing, we were stuck. We heard firing, glass breaking. We locked ourselves in a bathroom,” she said, referring to IS by its local name.

“Later, Taliban came and we saw they were with our doctors, so we knew it was OK.”