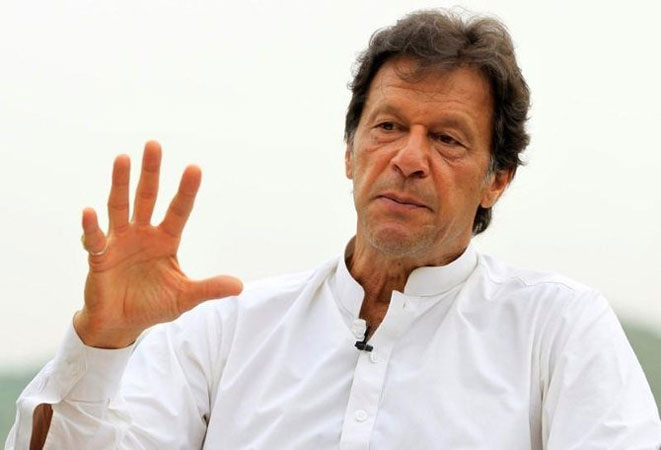 Prime Minister Imran Khan on Wednesday urged the need for taking urgent steps to guard the country’s youth against the onslaught of immoral alien culture through modern means of communication, especially the social media.

“We have to follow the glorious traditions set by our Holy Prophet (Peace Be Upon Him) 1400 years ago to bring positive changes in our society”, he said while chairing a meeting of Rahmatul-lil-Aalameen Authority.

The Prime Minister said that the purpose of establishing Rahmatul-lil-Aalameen Authority was to inculcate moral and ethical values in the country’s young generation, which was being exposed to all sorts of unethical content online in this age of internet penetration.

He directed the authorities concerned to conduct credible research on how to effectively ensure character building of “our tech-savvy” youth.

The Prime Minister emphasized on introducing changes in the curriculum for educating students at school, college and university levels in the light of glorious teachings of Seerat-e-Tayyaba.

Meanwhile, Prime Minister Imran Khan, in a major step towards the facilitation of Overseas Pakistanis by the government, has directed to appoint BS-19 facilitation officers in 39 federal ministries and divisions.

He has also directed for the setting up of special sections and desks in 34 attached departments of 13 ministries.

On the instructions of Prime Minister Imran Khan, the Prime Minister’s Delivery Unit (PMDU) has issued directives to the relevant ministries, a press release issued here Wednesday by PM Media Wing said. The ministries have been directed to notify the appointment / posting of the facilitation officers, which will not be less than Grade-19.

According to the PMDU directive, the establishment of special sections and desks should also be formally notified.

The federal institutions and departments have been further directed to provide information to the Ministries of Foreign Affairs, Overseas Pakistanis and Information and Broadcasting about the provision of facilities.

The step, which was aimed at addressing the problems faced by the Overseas Pakistanis in various offices, will help create awareness about the provision of services to Pakistani expatriates and in other matters.

The Prime Minister Office has directed all the divisions to complete the process and present report within 21 days.

The Prime Minister Office has also directed the Ministries if Foreign Affairs, Overseas Pakistanis and Information and Broadcasting to give information about the facility on their own.