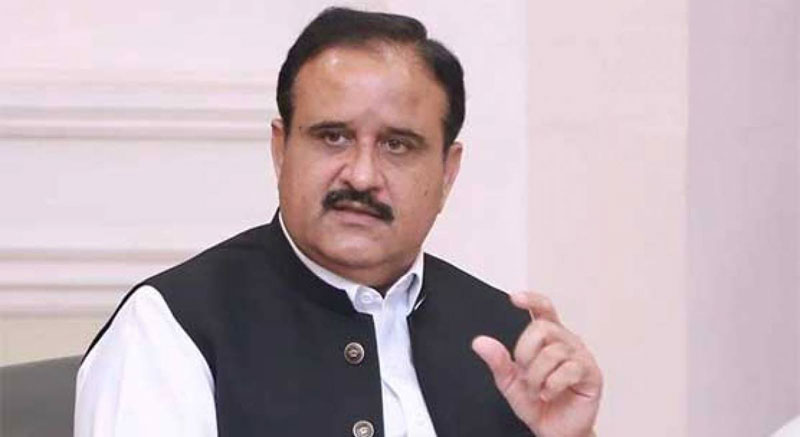 He said this while talking to the Nigerian High Commissioner Abioye Mohammed Bello who called on him at his office.

Both discussed matters of mutual interest and agreed to promote bilateral cooperation in different sectors including agriculture, IT, tourism, textile, sports goods and pharmaceutical industry.

Exchange of trade delegations will further promote economic ties and the investors of both countries will be mutually benefited due to the expansion in the volume of bilateral trade, he noted.

A facilitation centre has been established at the office of CM Punjab to ensure ease for local and foreign investors. It is noteworthy that a conducive atmosphere has been provided for investment, Buzdar added.

Direct access was provided to investors to high government officials concerned through the facilitation centre and a zero NOC policy was being introduced to enter the province into a new arena of investment, he added.

The CM invited the Nigerian investors to invest in Punjab adding that work had been started on 12 special economic zones in three years, while the industrialization process had been started in eight new special economic zones. Meanwhile, the Punjab government is going to showcase the vibrant cultural and trade potentials at the Dubai Expo this month to highlight Pakistan’s soft image before the world, said the CM.

The Nigerian high commissioner appreciated the steps taken by the Punjab government to facilitate the investors adding that the efforts of the CM were praiseworthy.

Sheikh Rashid calls on CM: Interior Minister Sheikh Rasheed Ahmad called on Sardar Usman Buzdar at his office on Wednesday to discuss matters of mutual interest. The chief minister said everyone sanely acted for an amicable resolution of the issue, which was a collective victory for all of them.

“The PTI-led government has always preferred national interest but the opposition acted against the interest of the country,” he deplored.

Sh. Rasheed expressed satisfaction that the issue had been settled amicably due to the wise approach of PM Imran Khan.

“The law and order situation is satisfactory in Punjab and other areas of the country but the opposition engaged in its usual negative politics to serve its negative agenda, he added.

Cricket team congratulated: Meanwhile, the Punjab chief minister Wednesday congratulated the cricket team for making it to the T20 World Cup semi-final and hoped that the team would also clinch victory in the semi-final. It is satisfying that the players have performed well to defeat the opponent teams, he added.

“Sharing others’ happiness promotes the passions of brotherhood and tolerance in society. Respect for minority communities and ensuring better treatment is a message of Islam,” he maintained and repeated that the religious minorities enjoyed equal rights in Pakistan.

“The government has also ensured provision of equal educational opportunities for them, he added.

Loss of lives condoled: The chief minister expressed a deep sense of sorrow over the loss of lives in a road accident near the Pallandri area of Azad Kashmir. In a statement, Sardar Usman Buzdar sympathized with the bereaved heirs and prayed for an early recovery of the injured.

“The Punjab government fully shares the grief of the affected families,” he added.