* 'I brought Alec up here because we have to mourn Halyna's death,' she said 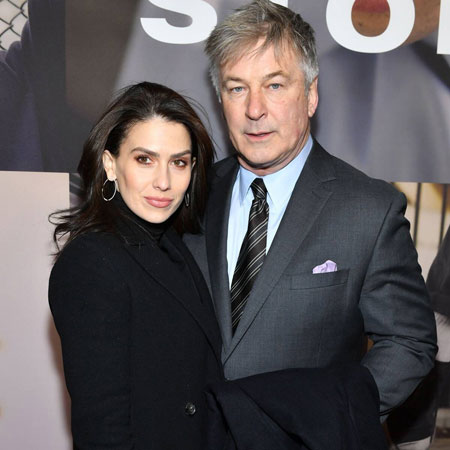 Hilaria Baldwin is sharing her concerns about husband Alec Baldwin’s emotional state after he accidentally shot dead cinematographer Halyna Hutchins on the set of their movie.

The star’s wife made her comments on Saturday, Oct. 30, in a rare interview with The New York Post hours after the actor spoke on-camera for the first time about last week’s fatal shooting, answering questions from paparazzi who followed the couple and their six children to Vermont, where they had travelled soon after the incident.

“I brought Alec up here because we have to mourn Halyna’s death,” she said. “Alec had a really traumatic thing happen, and I am trying to limit the PTSD.”

She continued, “He needs space for me to take care of him and his mental health. It’s an awful thing that happened. Alec feels awful.”

Later that day, Hilaria posted on Instagram a photo of herself holding her husband’s hand, writing, “I love you and I’m here.”

Hilaria, whose family is often followed by the paparazzi, had joined Alec early Saturday as he spoke to the celebrity photographers. She became upset with them and shut down a question about why the family travelled to Vermont. However, Hilaria did discuss the matter in her private interview with The New York Post.

Hilaria told the newspaper they sought “quiet.” The New York Post reported that she wanted to keep the children away from the press and also protect her husband, who later joined the family in Vermont, from scrutiny after the shooting, which both the couple previously said in separate statements was a “tragic accident.”

Last week, while rehearsing for the Western film Rust in Santa Fe, N.M., Alec fired a revolver used as a prop that he believed did not contain live ammunition. But lead projectile hit Hutchins and director Joel Souza, killing her and wounding him.

On Saturday, Alec told the paparazzi that Halyna was his “friend” and spoke about meeting with her husband and son. He also said he has spoken “every day” with police. The Santa Fe Sheriff has said that the actor and two other people who handled the gun, armorer Hannah Gutierrez-Reed and Assistant Director David Halls, have been cooperative with their investigation of the shooting.

Regarding the probe, Hilaria told The New York Post, “We want answers faster than anyone.”