Ryan Reynolds opens up about taking a break from moviemaking

* 'I`m just trying to create a little bit more space for my family and time with them,' Reynolds told The Hollywood Reporter at the Wall Street Journal Magazine Innovator Awards 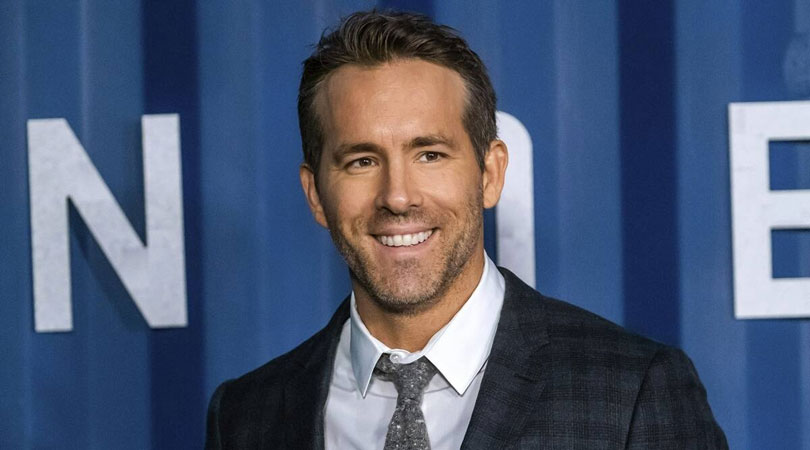 Hollywood star Ryan Reynolds recently revealed why he decided to take a little sabbatical from movie making after wrapping up his upcoming Apple TV+ movie ‘Spirited’.

The actor told The Hollywood Reporter that he wants to take a break from movies in order to spend some time with his family.

“I`m just trying to create a little bit more space for my family and time with them,” Reynolds told The Hollywood Reporter at the Wall Street Journal Magazine Innovator Awards on Monday in New York City.

“You know, you don’t really get that time back,” he added. The ‘Free Guy’ actor took to his Instagram on October 16 to share that ‘Spirited’ had been wrapped.

“Not sure I`d have been ready to say yes to a film this challenging even three years ago. Singing, dancing and playing in the sandbox with Will Ferrell made a whole lotta dreams come true,” he wrote.

Just because he won’t be making any movies, however, doesn’t mean he won’t be working on one of the many other notches under his belt.

“I’m busy, obviously, with other things at my company,” he said. Aside from acting, Reynolds also has stakes in Aviation Gin, Mint Mobile, Maximum Effort Marketing and Wrexham AFC.

“Showing up is so important and picking up the phone and having skin in the game. Our philosophy is to bring people together in fun, smart, unexpected ways,” Reynolds previously told The Hollywood Reporter of his many business ventures.

“So, I’ll probably be away from film, or at least shooting films, till the end of the summer,” he said.

“It just provides me an opportunity to be home,” he added. Ryan Reynolds and Blake Lively, who tied the knot in 2012, are proud parents to daughters James, Inez and Betty. The couple originally met while filming 2011`s `Green Lantern`, but they didn’t connect romantically until later – and once went on a double date together with other people.