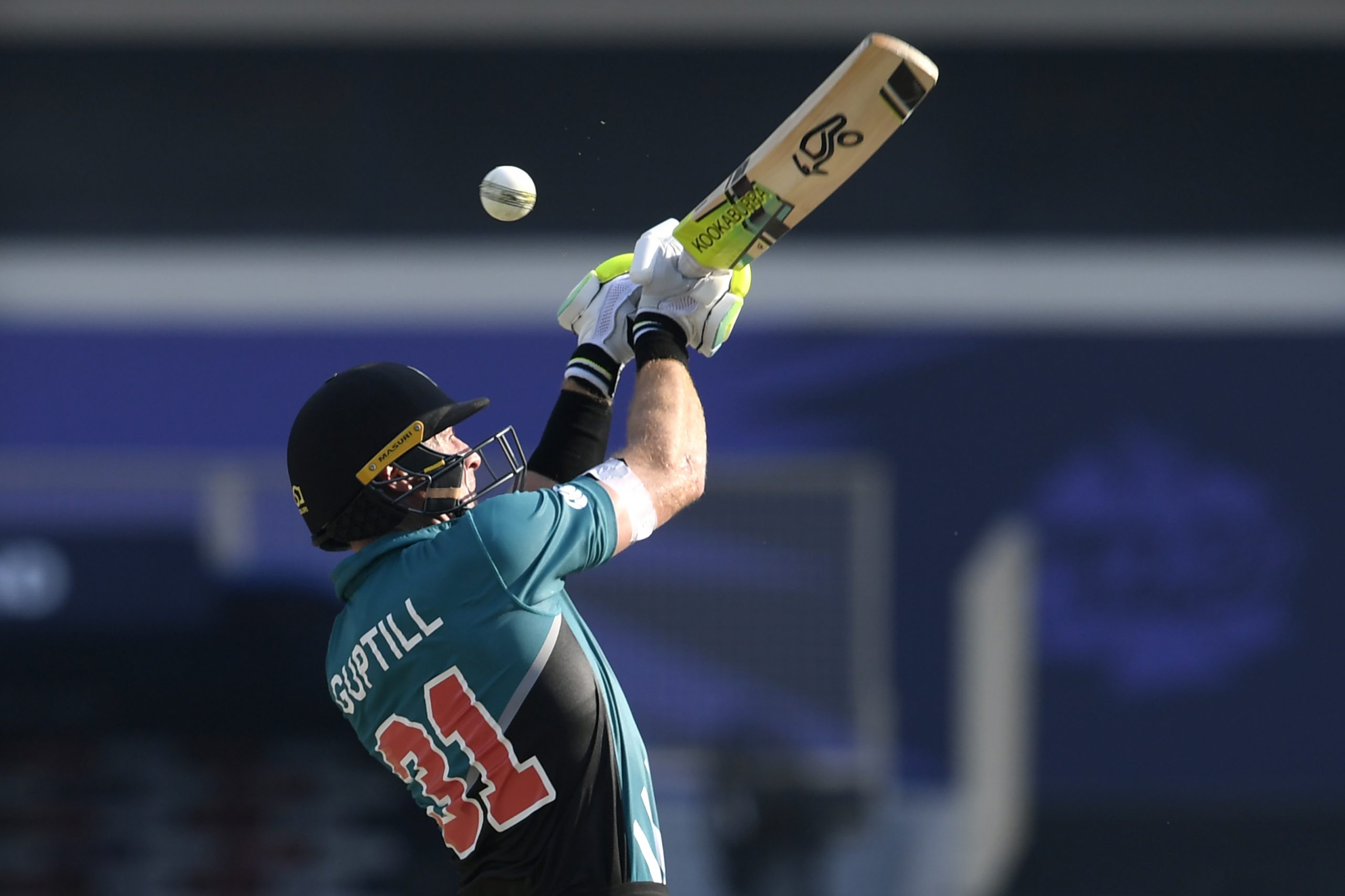 Martin Guptill hit 93 and became only the second player to pass 3,000 Twenty20 International runs as he steered New Zealand to an imposing 172-5 against Scotland at the World Cup on Wednesday.

The 35-year-old opener put on 105 for the fourth wicket with Glenn Phillips as the Black Caps look to stay on course for a semi-final spot.

Guptill made his runs off 56 balls with six fours and seven sixes.

His first six off Alasdair Evans in the sixth over allowed him to pass 3,000 runs in the format, second only to India captain Virat Kohli.

Phillips made a steady 33 off 37 balls before he was dismissed by Brad Wheal.

The Scottish bowler also accounted for a weary Guptill off the next ball of the 19th over as the opener attempted to cart him over long on.

New Zealand, who earned their first points of the tournament with an eight-wicket mauling of India last time out, hit 35 from the first four overs, 24 of those off Wheal.

But Safyaan Sharif then sent back Daryl Mitchell for 13 and, four balls later, claimed the key wicket of skipper Kane Williamson for nought.

At the midway point, the Black Caps were 70-3 before Guptill completed his 18th T20 half century off 35 balls with another six, his 150th in the format.

Sharif was the pick of the Scottish bowlers with 2-28.

Pakistan have already qualified for the semi-finals with a perfect four wins in four matches in Group 2.