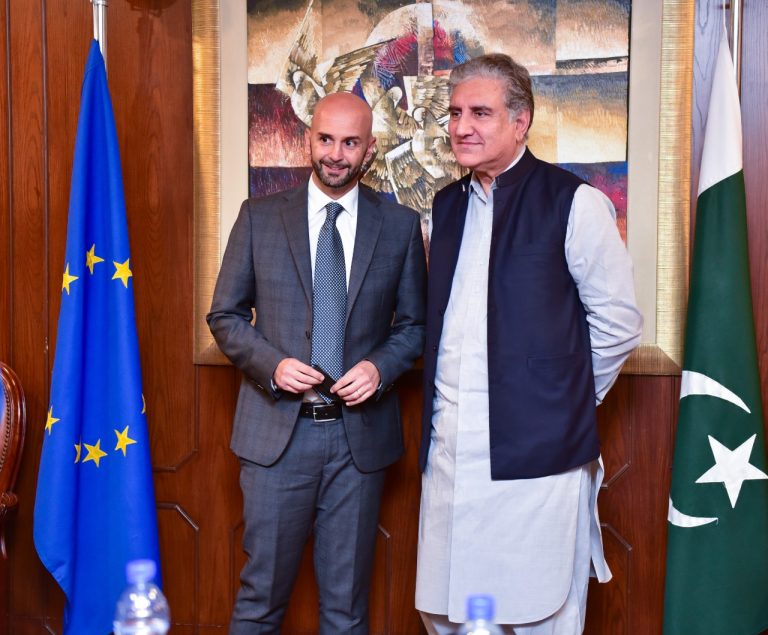 The foreign minister expressed these views in a meeting with visiting EU Parliament’s Delegation for Relations with the Countries of South Asia (DSAS) led by Nicola Procaccini, here at the Ministry of Foreign Affairs.

Views were exchanged on various aspects of the Pakistan-EU relations and regional and international developments, the Foreign Office said.

The foreign minister highlighted the enormous potential in diverse areas such as commerce and trade, sustainable development, and climate change.

He stressed the importance of translating them into tangible outcomes to further deepen Pakistan-EU relations.

He conveyed Pakistan’s readiness to continue to work for a productive and constructive partnership and underscored the importance of regular interactions between the two sides.

The foreign minister said the EU’s GSP Plus facility to Pakistan had been mutually beneficial and played an important role in the growth of trade between the two sides.

He reaffirmed Pakistan’s commitment towards effective implementation of GSP Plus-related International Conventions and appreciated the EU’s support to Pakistan in the fight against the COVID-19 pandemic.

The foreign minister also gave an account of various measures undertaken by the government for the welfare of the people of Pakistan.

The two sides exchanged views on the latest developments in Afghanistan.

The foreign minister highlighted that Pakistan had suffered the most due to conflict and instability in Afghanistan over the last 40 years and that a peaceful and stable Afghanistan was in Pakistan’s vital interest.

The foreign minister appreciated that there was a realization in the international community to engage with Afghanistan. He underlined that a humanitarian crisis and economic collapse in Afghanistan could have enormous consequences.

He stressed that the Afghan people should not be abandoned and that the international community should remain positively engaged to advance shared objectives of peace, security, development, and connectivity.

The foreign minister highlighted Pakistan’s efforts, including its initiative of establishing the platform of six neighboring countries of Afghanistan.

He also briefed the visiting delegation about Pakistan’s assistance in the EU’s evacuation endeavors from Afghanistan. 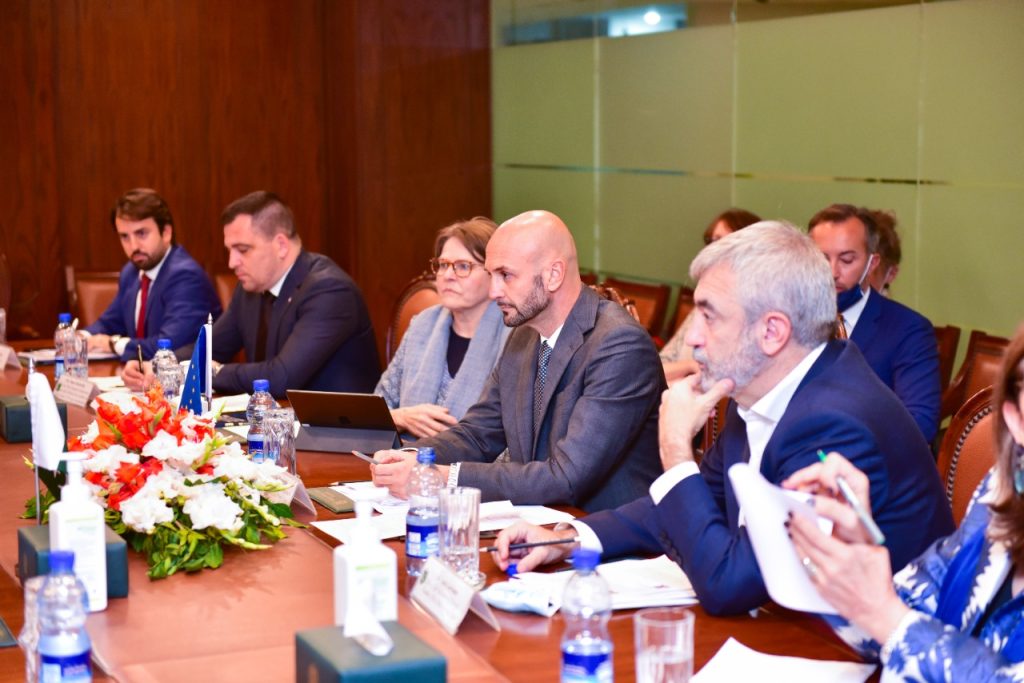 Qureshi apprised the delegation of the grave human rights violations in IIOJK. He stressed that Pakistan desired good relations with all its neighbors.

He highlighted Pakistan’s efforts to promote peace in the region and underlined that the onus was on India to create an enabling environment for result-oriented engagement.

The EU delegation thanked Pakistan for its assistance in the EU’s evacuation efforts of its nationals from Afghanistan.

The EU delegation, currently on a three-day visit to Pakistan, also held extensive meetings with other government functionaries.

The visit is a part of regular interactions between the two sides.