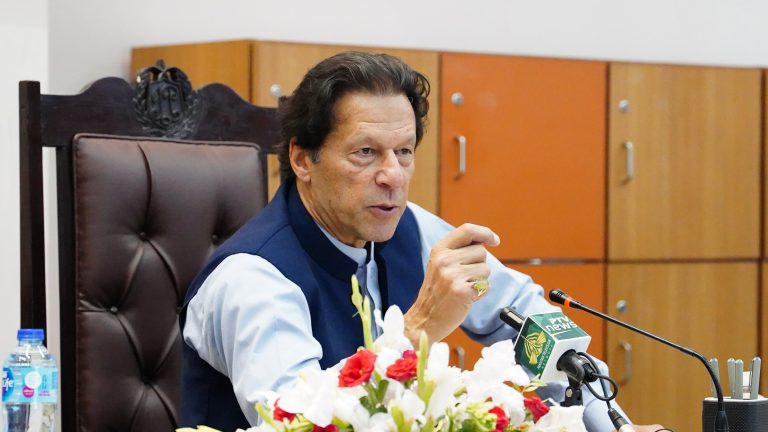 ISLAMABAD: Prime Minister Imran Khan, in a major step towards the facilitation of Overseas Pakistanis by the government, has directed to appoint BS-19 facilitation officers in 39 federal ministries and divisions.

He has also directed the setting up of special sections and desks in 34 attached departments of 13 ministries.

The ministries have been directed to notify the appointment/posting of the facilitation officers, which will not be less than grade 19. 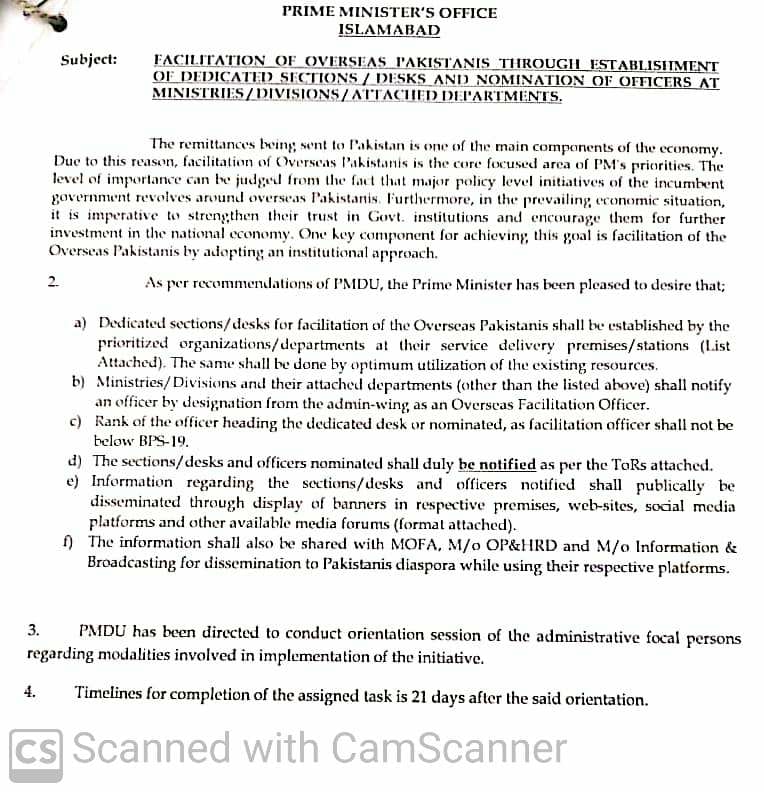 According to the PMDU directive, the establishment of special sections and desks should also be formally notified.

The federal institutions and departments have been further directed to provide information to the Ministries of Foreign Affairs, Overseas Pakistanis, and Information about the provision of facilities.

The step, which was aimed at addressing the problems faced by the Overseas Pakistanis in various offices, will help create awareness about the provision of services to Pakistani expatriates and in other matters.

The Prime Minister Office has directed all the divisions to complete the process and present the report within 21 days.

The Prime Minister Office has also directed the Ministries of Foreign Affairs, Overseas Pakistanis, and Information and Broadcasting to give information about the facility on their own.