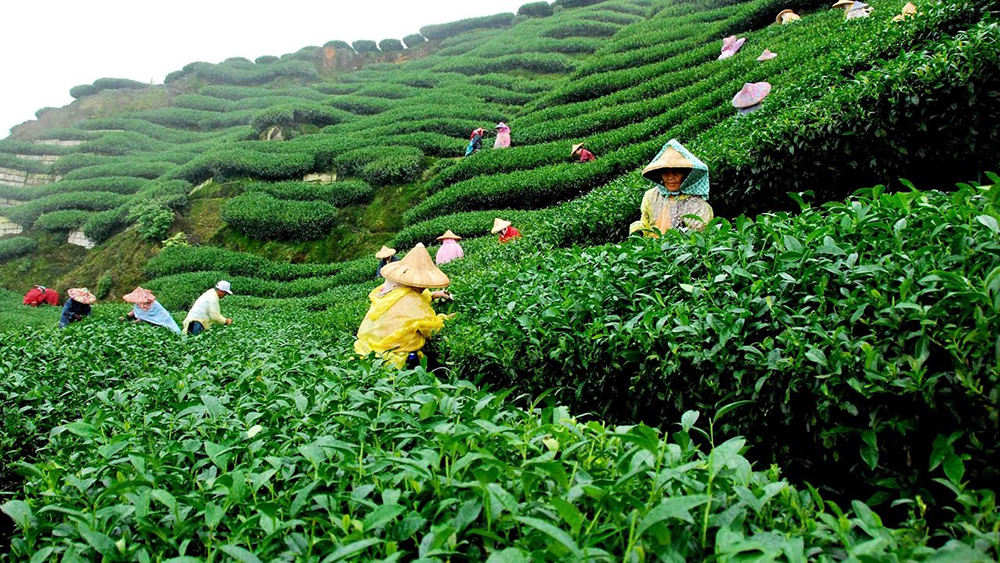 BEIJING: “Pakistan can grow its tea in good quality and develop tea export,” said Mr. Hu Haibo, who, once in the 1980s, led a Chinese mission to Pakistan to investigate and designate suitable areas for tea cultivation and open up the first modern tea garden for the country.

“It’s been more than 30 years since I left Pakistan. Had I got the opportunity, I would like to visit Pakistan again to see the tea garden we cultivated from scratch and visit my old friends there. I miss them very much,” Hu Haibo told the reporter of China Economic Net (CEN).

Pakistani people love to drink tea, especially black tea brewed with milk. It’s the most popular drink across every household of Pakistan, whether the ordinary or the privileged.

However, before the 1980s, there was barely a tea garden in Pakistan and the demand for tea could only be met with large imports, which was quite a burden on Pakistan’s foreign exchange reserve.

In this condition, planting and producing tea became an urgent task for successive Pakistani governments.

In early May 1982, at the request of the then Pakistani government, the agriculture department of China’s Zhejiang Province organized an expert team to carry out the tea investigation in Pakistan.

Hu Haibo, then an associate researcher of Tea Research Institute, Chinese Academy of Agricultural Sciences (CAAS), served as the team leader. “I was excited when knowing I was chosen for the mission. Pakistan is our ‘iron brother’, and it means a lot to help them with my humble efforts.”

Pakistan is extremely hot and dry in May and June. The temperature in most areas can exceed 40 degrees Celsius at noon. It was in these very scorching days that the experts went to Khyber Pakhtunkhwa, a northern province of Pakistan to conduct the mission.

During their stay, the team carried out field surveys in the outskirts of Mansehra, Azad Kashmir, Swat, Butgram, and Malakand, where they found the traces of wild living tea trees and measured the altitude, soil value, and the growth condition of branches, leaves, and roots of the tea trees.

After the three-month investigation, Chinese tea experts provided a summary report on the feasibility of tea planting in Pakistan, confirming that 64,000 hectares of land are suitable for tea growing in Mansehra and Swat districts. In Hazara, the area is located in the districts of Mansehra, Battagram, and Abbottabad. In Malakand, Swat is a promising area for tea cultivation.

Three years after the 1982 investigation, the PARC once again invited Chinese experts from the Tea Research Institute to assist Pakistan in the trial planting of tea. In January 1986, Hu Haibo, together with other experts, embarked on the journey to Pakistan and started the task of tea planting.

Hu recalled, “In more than three years, we have done everything from tea garden planning and design, tea garden reclamation, nursery establishment, seeding, to transplanting, drought-resistant irrigation, inter-cropping shading, weeding, and fertilization, etc. Everyday life is carried out between the tea garden and the dormitory.”

Trial planting had not always been smooth, especially for environmentally demanding crops like tea.

“From May to June, it’s hot and dry, with the surface temperature reaching as high as 55 degrees Celsius, which often led to heat and drought damage. The sown tea seeds could not germinate and unearthed, the transplanted seedlings withered and died. From July to August, it’s the rainy season, and the tea seedlings suffered heavy rain and weeds breeding disaster.”

After comparison of the experiments, it was finally determined to adopt the technology of nutrient pot seedling cultivation, shading during the seedling period in spring and summer, and transplanting in autumn and winter.

In the spring of 1988, after nearly two years of devotion and persistence of the Chinese experts, the tea garden began to take shape and a small number of three-year-old tea trees in Shinkiari could be picked and processed for trial production.

In June, Hu tried to produce Longjing tea, or Dragon Well Tea, a kind of green tea most popular tea in China, stir-fried green tea, semi-roasted green tea, and shredded red tea. “The trial-produced tea samples were sent to the Chinese Embassy in Pakistan and the PARC.

After tasting the tea, an expert from the PARC said the Longjing tea is no less than Hangzhou’s West Lake Longjing tea!”
To expand its influence, PARC also organized a tea tasting party in which prestigious people were invited to visit the tea garden and taste the fresh tea.

“Pakistan has finally produced its black and green tea,” Dr. Amir Muhammad, the then Chairman of PARC acclaimed, “the green tea is of good quality and tastes good, and the black tea is of inferior quality, but it’s due to the lack of machinery and equipment.”

“After three years and three months, through various challenges, we finally completed the building of a 15-hectare modern tea garden in Pakistan and made a systematic technical summary of tea trial planting,” Hu said, “our experience in this aspect had provided the technical basis for the tea production in Pakistan.”

At the age of 88, Hu is still concerned about tea development in Pakistan. “The green tea grown and produced in the Shinkiari plantation is true of high quality. If the Pakistani government expands the scale and upgrades the equipment for black tea production, it’s expected to be an important product for export.