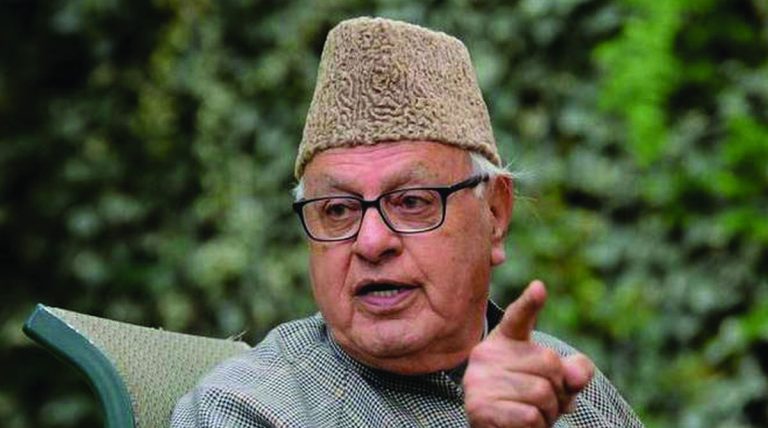 ISLAMABAD: Jammu and Kashmir National Conference President, Farooq Abdullah said that the prolonged uncertainty in Jammu and Kashmir is taking a heavy toll on every sector, saying the depth of Kashmir’s suffering goes beyond economic catastrophe.

According to Kashmir Media Service, Dr. Farooq said that Kashmir has subsided from the memory of the rulers in New Delhi. The situation on the ground, however, contradicts the Indian Government’s claim.

The uncertainty on all the fronts political, economic, and educational have only deepened since 2019. Our youth continue to be at the receiving end of it. Repeated assurances and promises by the Government to create new jobs and fill the existing vacancies have not been fructified.

Thousands of daily wage workers working in different departments are suffering but nothing substantial is being done to address their long-pending issues, he added.

The J&K youth, he said, is sinking under the weight of the incumbent administration’s indifference.

“The mounting evidence is in the form of widespread and scathing unemployment and job losses resulting in their continuing alienation and frustration,” he said. Dr. Farooq said that the incumbent administration’s lack of interest in the needs of youths has also incurred a cost in terms of their physical and mental health.

“Mired by hopelessness and anxiety, our youths are taking to drug addiction and substance abuse. The situation is very grim and our youths are living the grimmest nightmare,” he added.