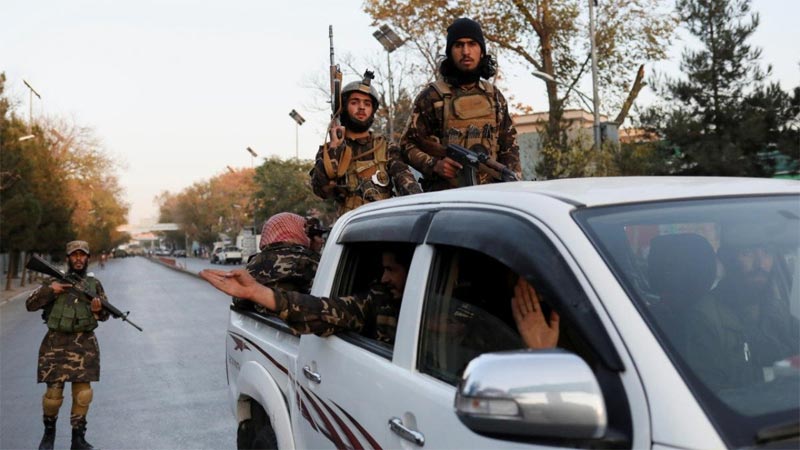 At least 19 people were killed and 50 more wounded in an attack on a military hospital in Kabul on Tuesday, the latest atrocity to rock Afghanistan since the Taliban seized power.

There was no immediate claim of responsibility for the gun and bomb assault in the centre of the capital, but a Taliban spokesman blamed the group’s hardline rivals, the Islamic State.

“The IS insurgents wanted to target civilians, doctors and patients in the hospital,” spokesman Zabiullah Mujahid said, claiming that Taliban forces had repulsed the attack within 15 minutes. As part of the response, he said, Taliban “special forces” were dropped onto the roof of the hospital from one of the helicopters that the group seized from Afghanistan’s former US-backed government.

The attack got under way when a suicide bomber detonated his explosives near the entrance of the sprawling site. Gunmen then broke into the hospital grounds, firing their weapons.

“Nineteen dead bodies and about 50 wounded people have been taken to hospitals in Kabul,” a health ministry official who asked not to be named told AFP. Mujahid played down the death toll, but confirmed that two Taliban fighters, two women and a child had been killed outside the hospital.

One woman who had been trapped in the hospital when the attack began told AFP how she and her friend “felt we were going to die, that our lives were ending”. “There was a blast at the door,” Rowana Dawari, a poet and lecturer, told AFP. “Daesh came and started firing, we were stuck. We heard firing, glass breaking. We locked ourselves in a bathroom,” she said, referring to IS by its local name.

“Later, Taliban came and we saw they were with our doctors, so we knew it was OK.” Pakistan strongly condemned terrorist attacks near the Sardar Mohammad Daud Khan hospital in Kabul on Tuesday, which resulted in loss of so many innocent lives and injuries to many others. “We share the pain and suffering of the families who lost their loved ones in these mindless terrorist acts. We also convey our sympathies and support for those injured and pray for their early recovery,” Foreign Office Spokesperson Asim Iftikhar said in a statement. “Pakistan reiterates its strong condemnation of terrorism in all its forms and manifestations,” the statement added.