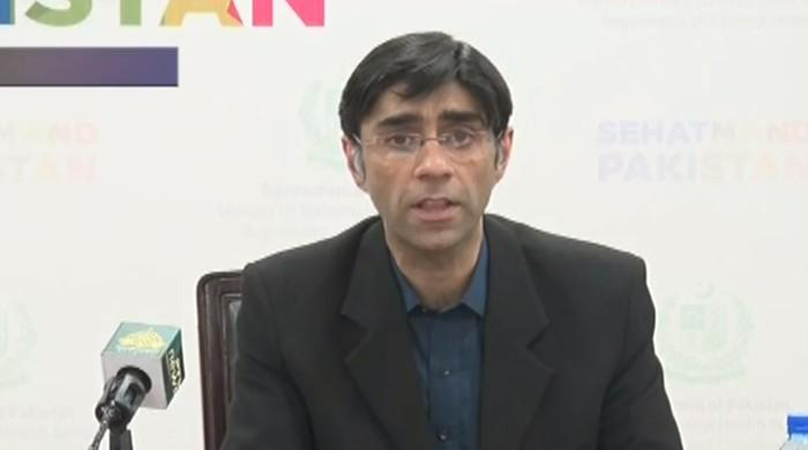 Dr-Moeed-YusufNational Security Advisor (NSA) Dr Moeed Yusuf Tuesday said he would not attend a meeting in India on Afghanistan, saying “a spoiler cannot be a peacemaker.”

He was talking to the media after inking an MoU with his counterpart from Uzbekistan on the formation of a multifaceted Joint Security Commission (JSC). “I will not go! I am not going a spoiler cannot be a peacemaker,” Moeed Yusuf said when asked whether he plans to go to India on the invitation of Ajit Doval to participate in a conference on Afghanistan.

India plans to host a national security advisor-level meeting on Afghanistan in New Delhi in the second week of November. The format of the meeting will be similar to the regional security conference held in Iran in 2019 and will be the first of its kind to be hosted by New Delhi, reports in the Indian media said.

Besides the host India, other proposed invitees are Pakistan, China, Russia, Iran, Tajikistan and Uzbekistan. Indian NSA Ajit Doval was to chair the meeting to be organised by the National Security Council Secretariat.

Pakistan has repeatedly spoken of the role of India in Afghanistan as a spoiler and even issued a dossier of working of the Indian intelligence with the Afghan NDS in carrying out terrorist activity in Pakistan and providing a safe haven for the Tehreek e Taliban Pakistan (TTP), Islamic State, Baloch Liberation Army and several other similar organisations.

To a question, he said, “the region’s hurdles are evident. There is no argument about it. On one side there is India, Pakistan has reiterated that if India is ready to move forward then we are also ready. But to move forward there are some prerequisites to create an enabling environment by addressing the current situation in Indian Occupied Kashmir.”