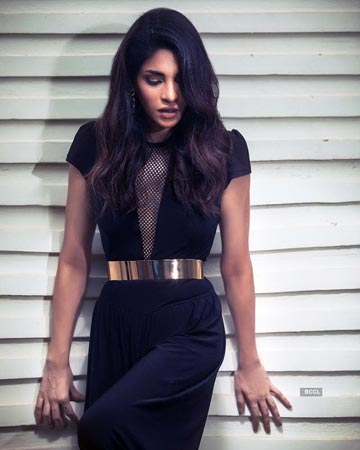 Pakistan actor Zhalay Sarhadi said that she remains careful about her health and diet for staying beautiful.

She came as a guest on the ARY Digital morning show “Good Morning Pakistan” hosted by Nida Yasir where she talked about disclosed secrets behind her good looks.

The actor revealed that she follows a special diet plan as she is suffering from hypothyroidism.

Zhalay Sarhadi, who was praised for her performance in ARY Digital serial Aks, mentioned she eats fried fish once a week besides domesticated chicken meat. The actor mentioned that her bread is made of coconut flour.

She added that she uses konjac rice, adding that she is fond of eating butter and cheese.

Moreover, she mentioned that her diet plan is prepared according to her doctor’s advice.

Zhalay Sarhadi’s looks are compared to that of Indian actor Priyanka Chopra. She shares her beautiful pictures on her Instagram profile which has millions of followers.

The actress is quite active on social media and has a huge number of fans who follow her every move.

Zhalay’s TikTok videos too are quite popular among her fans and the reason is that her videos are hilarious and keep her fans entertained.