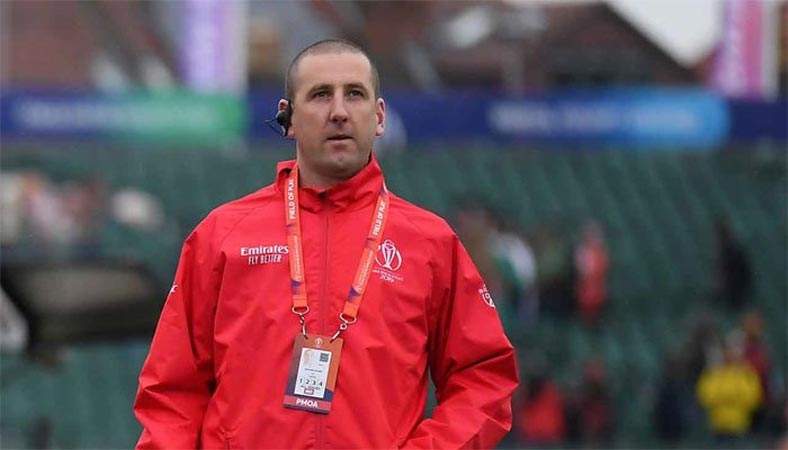 DUBAI: England umpire Michael Gough has been put in isolation for six days due to a protocol breach in the Twenty20 World Cup, the International Cricket Council said on Tuesday. The nature of Gough’s violation is not known but players, umpires, support staff and broadcasters have been under strict bio bubbles in the United Arab Emirates amid the coronavirus pandemic. “The Bio-Security Advisory Committee has instructed Umpire Michael Gough to isolate for six days due to a breach of the event bio-security protocols,” as ICC spokesperson said a statement. The 41-year-old Gough, who is on the elite panel of ICC umpires, had been on the roster as TV umpire for the Super 12 match between West Indies and Sri Lanka on Thursday. The former Durham batter was also listed to stand as an on-field official in the New Zealand v Afghanistan match on Sunday. The seventh edition of the tournament is approaching its business end with the final scheduled on November 14 in Dubai.