Madonna dresses up as Marilyn Monroe for Halloween 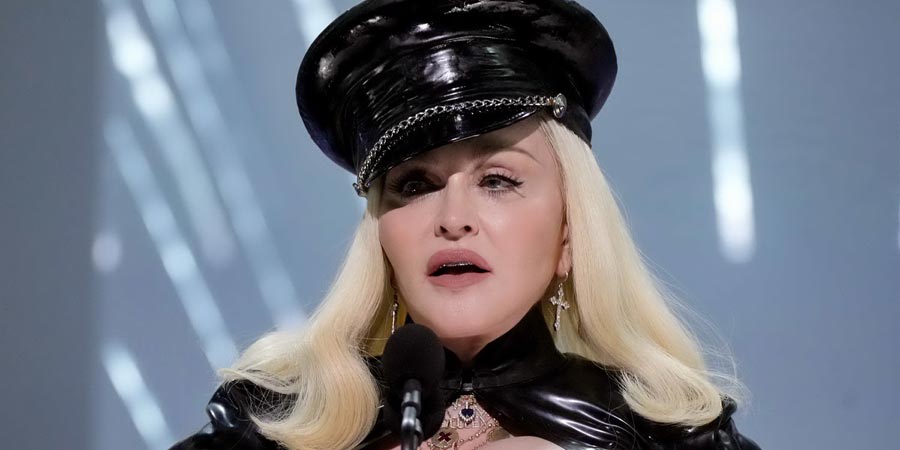 Madonna is once again paying homage to the legendary Marilyn Monroe.

In years past, the pop star has channelled the Hollywood icon in various ways, including recreating Marilyn’s famous “Diamonds Are a Girl’s Best Friend” number from the 1953 film Gentleman Prefer Blondes for her “Material Girl” music video in the ’80s. Additionally, Madonna attended the 1991 Oscars with Michael Jackson wearing an ultra-glamorous look that was inspired by the late actress.

Fast forward to 2021 and Madonna is portraying the Some Like It Hot star for V Magazine’s winter issue as its new cover star. For the publication, the “Like a Prayer” singer posed nearly nude to emulate Marilyn’s last photoshoot before her untimely death in 1962 at the age of 36.

Other portraits showed the musician wearing a lush fur robe and off-white latex corset. As for her hair? It was curled to perfection similar to Marilyn’s signature style.

Photographer Steven Klein explained the vision behind the photoshoot.

“This photo essay was inspired by a shoot that Marilyn Monroe did with photographer Bert Stern titled “The Last Sitting,” he told the magazine. “They shot at the Bel Air hotel in 1962, before she passed away. What was supposed to be a three-hour sitting, turned into a three-day whirlwind, working night and day. Drinking, laughing, shooting photos, editing, sleeping, and then taking more photos-a private affair between two artists which rarely happens anymore.”

He continued, “We were not interested in recreating the images exactly but more importantly, we wanted to explore the relationship between photographer and subject. Both the friendship and the artistic process, and how art can imitate life and vice versa.”

According to Steven, when he showed Madonna Bert’s photos, “She was really taken by the incandescent fragility of Marilyn at that moment in her life.”

“We decided to find a hotel suite and try to capture the liaison between a star and the camera, the mystery, and magic of this creative collaboration,” he added. “We hope we have done justice to the great work of Bert Stern and Marilyn Monroe.”

Marilyn isn’t the only person to inspire Madonna these days. The “Vogue” artist told the magazine that she’s been moved by Ye-formerly known as Kanye West.

“I mean, the only thing that I’ve heard recently that has inspired me is Kanye’s record Donda. There are very few artists that are working toward failure,” she shared.

“And I feel like he is. I can’t say that I agree with all of his politics and the way that he thinks of women, or unmarried people having sex, or the gay community. But his work is on the razor’s edge, and it’s inspiring and it’s rare.”

She added, “Everybody was waiting so long for his record to come out and then finally when it came out, everybody else’s record came out, too. And he still stood out.”