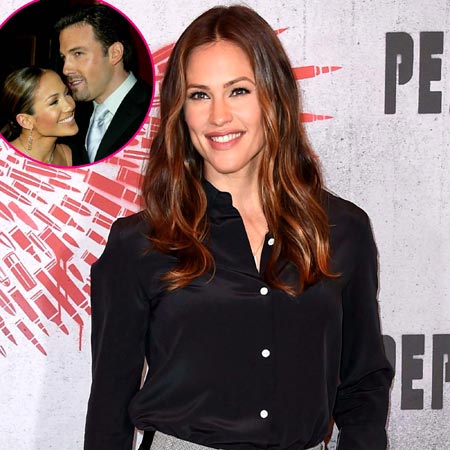 This Halloween run-in is guaranteed to have you on the floor. On Oct. 31, Jennifer Lopez and boyfriend Ben Affleck stepped out to celebrate the spooky holiday with their kids in Malibu, Calif.-and they weren’t the only celebs trick-or-treating in the neighbourhood. Jennifer Garner-who shares kids Violet, 15, Seraphina, 12, and Samuel, 9, with her ex Affleck-was also in the area for the occasion. “Ben and JLo went to Malibu Colony where Ben always goes,” a source told E! News, “and Jennifer Garner was there too.”

A separate insider also noted that Affleck-who’s currently filming a new movie in Texas-flew back to Los Angeles and “spent most of the weekend with his kids.” Earlier in the day on Sunday, he’d visited a farmers market with Garner, who he was married to from 2005 to 2018, and their children.

Later on, the eyewitness added, Affleck went trick-or-treating with his kids and was joined by Lopez, who’d flown back to Southern California for the weekend.

“They caravanned together to Malibu Colony where Ben and his family trick-or-treat every year,” the eyewitness noted. “Jennifer Garner was also there. It was a planned family occasion.”

“Ben and J.Lo were trick-or-treating with the boys, Sam and Max,” the insider told E! News. “The girls went in a different direction. Jennifer Garner was with friends and walked around separately. They were all cordial but didn’t hang out. They made it about the kids and were focused on them having a good time.”

According to the eyewitness, after Affleck and Lopez-who rekindled their romance earlier this year-spent time with the kids, they “headed to the airport and flew out to Austin where Ben is working for the week.”

The couple’s recent outing proves they’re committed to staying connected, despite their busy schedules. While Affleck has been in Texas, Lopez-who shares 13-year-old twins Max and Emme with ex Marc Anthony-has been in Vancouver filming the Netflix thriller The Mother.

“They are both filming during the week on location, but they have met up whenever possible,” a source told E! News in late October. “Ben has been in L.A., and J.Lo flew in from Vancouver to spend time with him. They hung out at his house and then left for the airport together on Sunday night. J.Lo has had her kids visit her in Vancouver, but she is also coming back and forth to L.A.”

“They are working out their schedules so that they can be sure to see each other every few days,” the insider added. “Things are good between them, and they are staying connected. They are busy with their projects, but also making time to be together.”