Pak-Thailand FTA likely to be finalized by end of this year: Thailand’s Envoy 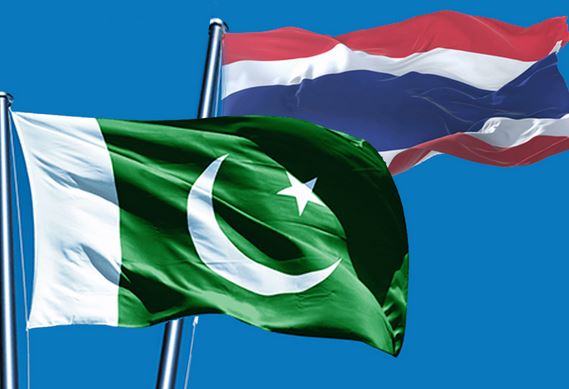 ISLAMABAD: The Ambassador of Thailand to Pakistan, Chakkrid Krachaiwong on Tuesday said the Free Trade Agreement (FTA) between Pakistan and Thailand is expected to be finalized by the end of this year.

The process of dialogue between the two countries had been slowing down during the COVID- 19 pandemic period, he said. Initially the first idea for an FTA in both countries was floated in 2013, during bilateral talks on trade between the two countries; the Ambassador of Thailand told, besides the Pakistan ASEAN Business Forum, organized by United Business Group (UBG) of Federation Pakistan Chamber of Commerce and Industry (FPCCI) here.

He said the first round of FTA talks between the two countries was followed in September 2015. Now the 10th round of FTA between Pakistan and Thailand would start next month in which big progress is expected, he said. He informed that Pakistan and Thailand were in a process of finalizing offer lists on 200 priority items under a proposed bilateral free trade agreement.

Pakistan and Thailand were negotiating a free trade agreement to increase market access, he said. While talking to APP, a senior official of the Ministry of Commerce said Thailand and Pakistan had held nine rounds of talks that had concluded 12 chapters of the agreement’s 13 chapters in total.

He said Pakistan was an interesting and large market with a population of more than 220 million, the world’s fifth-largest, including 30 million adults with a high level of purchasing power. It had an abundance of natural resources such as copper, coal, gold, and fishery resources such as shrimp, crab, fish, and shellfish, which are raw materials for the seafood processing industries. According to data issued by the United Nations, COMTRADE database on international trade Pakistan exports to Thailand was US $141.53 million and Pakistan Imports from Thailand was US $ 896.05 million during 2020.