One killed, another injured as fire erupts at firecracker producing factory 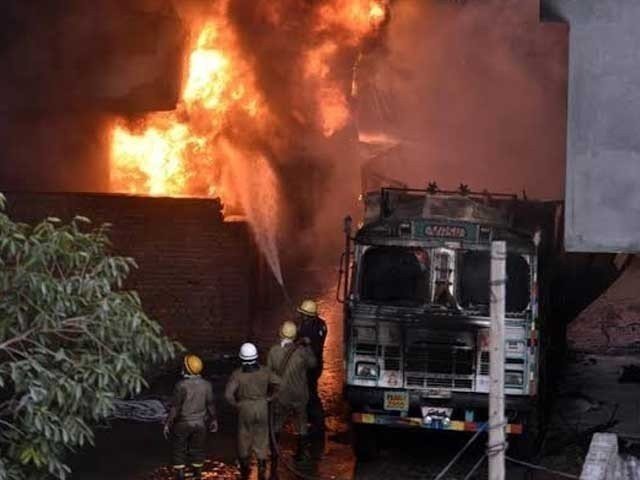 FAISALABAD: A man died, another injured as a blaze erupted at a firecracker-producing factory in Faisalabad on Tuesday.

As per details, the factory located in Makwana area of Faisalabad caught fire. As a result, a man lost his life, while a woman sustained burn injuries, said the rescue services.

According to the information, the rescue teams and fire tenders have reached the spot. As per initial reports, the cause behind the fire could not be ascertained.

Earlier, a police officer was injured while trying to drench a fire that erupted at a firecracker factory near Karachi’s Muhammad Ali Jinnah Road.

According to rescue officials, he was rushed to a hospital where the doctors have declared him to be out of danger.

Three fire trucks had reached the site to extinguish the fire. Luckily no deaths were reported, while three cars were completely burnt, a fire officer had said.