Govt accede with TLP will be kept in secrecy till the 10th day of deal: Bashir Farooqui 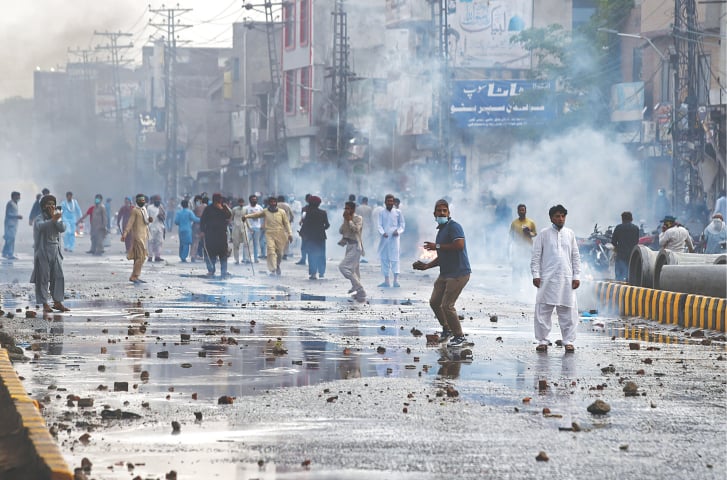 ISLAMABAD: According to the directions of PM Imran Khan, the accede with banned Tehreek-e-Labbaik Pakistan (TLP) will be kept in secrecy till the 10th day of the deal even though it offers nothing against national interest, said Saylani Welfare Trust Chairman Maulana Bashir Farooqui.

While holding a press conference on Sunday by officials from the PTI government’s negotiating team, the news of the agreement between the government and TLP was declared.

Foreign Minister Shah Mahmood Qureshi and National Assembly Speaker Asad Qaiser were present on behalf of the government at the press conference, while Mufti Muneeb-ur-Rehman was also present.

Rehman had begun the news conference held in Islamabad, saying talks with the banned TLP had been “successful” and that an “agreement” had been reached.

While speaking to a private TV channel, Farooqui said other signatories of the agreement included the NA speaker, FM Qureshi and Minister of State for Parliamentary Affairs Ali Muhammad Khan and members of the TLP shura.

Govt-TLP unable to chalk out how to implement agreement

On the orders of Prime Minister Imran Khan, a steering committee was made to figure out the possible modalities of the implementation on the agreement between the government and TLP, meanwhile, held two rounds of talks Monday, but remained unable to prepare a roadmap to carry out the agreement, kept secret so far.

A TLP spokesman, however, told the media the government has decided to release 1,300 TLP workers, who were arrested in the last 15 days. He did not share a timeline on the release of the workers but said the cases against them will be withdrawn soon.

The next meeting, he said, will be held within a couple of days to discuss the procedure of withdrawal of cases against the workers.

None of the government ministers in the committee was available for comments since they had switched off their mobile phones, the publication reported.