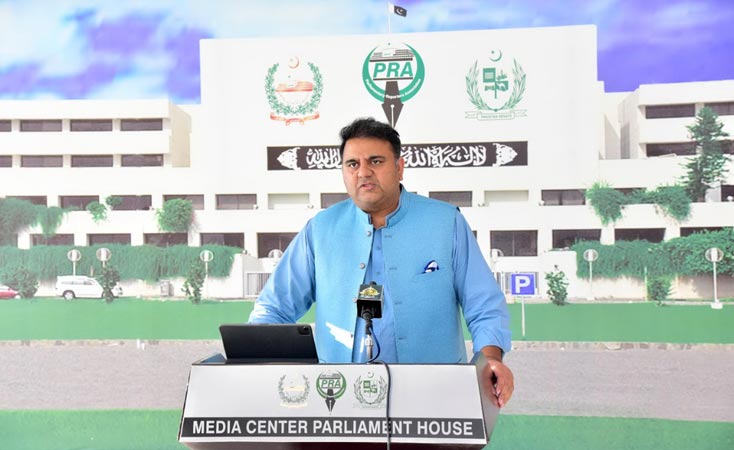 Addressing a press conference alongside Special Assistant to PM on Political Communication Shahbaz Gill after a meeting of the Pakistan Tehreek-i-Insaf’s (PTI’s) core committee in Islamabad, he said two major agendas including a mega package to control inflation and upcoming local government elections in Punjab and Khyber Pakhtunkhwa came under discussion.

Other than that, the minister said the core committee expressed concerns over the constant increase in fuel prices at international market. “Though, the government has taken numerous steps to prevent its impact to pass on to masses, but ‘the concerning thing is that as to how long will it be controlled,” he said. The meeting also discussed an action plan to deal with the energy issues, he added.

“There has been confusion that either the elections of mayors of cities and districts in Punjab would be held directly or indirectly. It has been decided that the elections will be held in direct way and the cities will elect their own mayors through direct elections,” the minister said while divulging the details about upcoming local government polls in the two provinces. “This was the promise made by the prime minister to the Pakistan Tehreek-e-Insaf from the very first day that he would ensure direct democracy. Now, its preparations are in final stages,” he maintained.

The core committee also discussed issues pertaining to the Election Commission of Pakistan including the notices served upon him and Minister for Railways Azam Swati, and called for their withdrawal. When asked about the ongoing sit-in of the proscribed Pakistan Tehreek-i-Labbaik Pakistan, the federal minister refused to talk about it and said as Foreign Minister Shah Mahmood Qureshi had said earlier, details of the agreement reached with the group and progress on this front would be shared later.

Speaking on the occasion, Gill said the PM was expected to address the nation tomorrow to take people into confidence on the current economic situation in the country and share details of the inflation package. On the matter of the Election Commission of Pakistan issuing show-cause notices to Chaudhry and Railways Minister Azam Swati for their tirade against it and the chief election commissioner, Gill said that the PTI’s core committee, including the prime minister, had expressed reservations on the matter, and that every person had the right to express their views in a democracy.

Meanwhile, Minister for Information and Broadcasting Chaudhry Fawad Hussain said on Monday that in the Indian Illegally Occupied Jammu and Kashmir (IIOJK), a case has been registered against students of the Government Medical College and Sher Kashmir Medical College for celebrating Pakistan cricket team’s victory in T 200 World Cup match.

In a tweet, he said Pakistan’s victory was victory of Kashmiris, why should not they celebrate, Chaudhry Fawad remarked.

Fawad said such inhuman tactics of Modi regime has increased the hope of freedom in Kashmiri masses. The minister tagged a news item on AlJazeera TV website stating that police in Indian-administered Kashmir have filed criminal cases under a stringent anti-terror law against the students of two medical colleges in the region for celebrating Pakistan’s victory against India in the T20 World Cup.