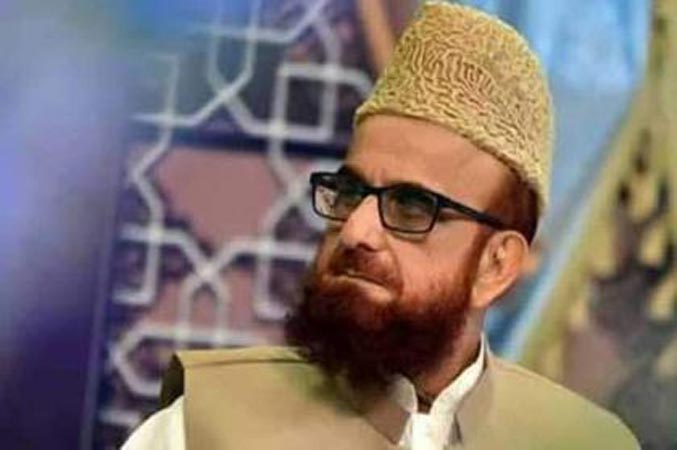 “Lies were spoken on television about the talks [with the TLP] that they had demanded the expulsion of the French ambassador, the closure of the embassy and to break ties with the European Union. This was a blatant lie,” the cleric told a press conference in Karachi. “So how can trust be established when government officials speak lies publicly?” he questioned. “We wanted to settle the issue with wisdom and behind closed doors […] we asked the government to refrain from using force, as unwise use of force is akin to tyranny,” he said. “The government would strike an agreement in the morning, and in the evening, someone on TV would say the agreement had no legal standing.”

The scholar said “some liberals” had asked where the writ of the state was during the protests. “If the country’s liberals sound worried, then we can assume that someone is doing the right thing,” he said. “Some liberals are provoking the government […] in the government’s hard times, these liberals will be the first ones to flee,” he said, adding that the people would soon see the proscribed group re-emerging as a ‘lawful political force’.

Mufti Rehman said everyone will soon know the specifics of the agreement and its implementation will also be visible. He said the signs so far are showing that both sides are abiding by their agreement, as the roads reopen for traffic and protesters move to a park in Wazirabad. “Soon you will hear the news that the protesters have dispersed from the park and ended their protest,” he said.

The TLP on Monday called off a march to the capital and ended its occupation of the GT Road after reaching a deal with the government, following more than a week of clashes that left seven policemen dead. “We have called off our march to Islamabad after reaching an agreement with the government,” Sajjad Saifi, a spokesman for the TLP, told AFP. “Our supporters have moved to the nearby park and until 50 percent of terms are fulfilled we will stay here,” Saifi added. Protestors said they would stage a sit-in until TLP chief Saad Rizvi is released.

Separately, a steering committee headed by Minister of State for Parliamentary Affairs Ali Mohammad Khan also met in Lahore to oversee the implementation of the agreement. Taking to Twitter, Khan said that GT Road had been cleared after TLP protesters moved to an open ground in Wazirabad away from traffic “as per the agreement”. “I appreciate the TLP leadership for honouring their commitment and the government is already implementing its side of the agreement since last night,” the minister said.

On Sunday, members of the negotiating team from the government side had claimed that they had reached an “agreement” with the proscribed group in order to end the nearly two-week-long impasse, but refused to divulge its details. “The government of Pakistan and the TLP held detailed negotiations in an environment of mutual trust and an agreement has been reached between the two sides,” Mufti Muneebur Rehman had announced at a press conference.