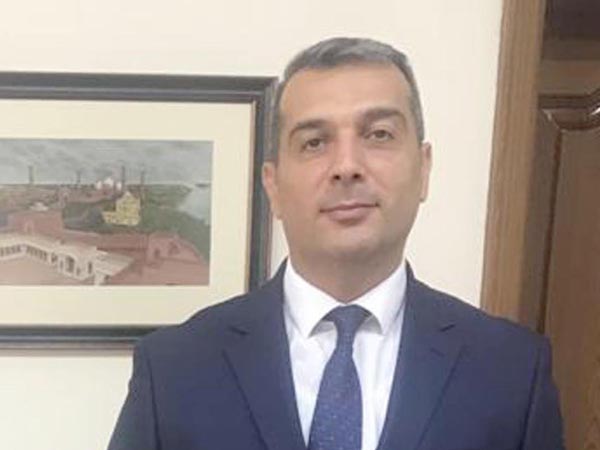 Ambassador of Azerbaijan to Pakistan Khazar Farhadov Monday appreciated Pakistan for its position and support on issues of Azeri territorial integrity before and during the patriotic war against Armenia, terming it “a true demonstration of brotherhood.”

“During the patriotic war, the government, the Parliament and people of Pakistan morally and politically supported us, condemning Armenian aggression and supporting our just position to restore territorial integrity,” Ambassador Farhadov said while addressing a news conference here to mark 1st anniversary of ’44-day Patriotic War’ against Armenia.

During the war, the Azeri forces liberated more than 300 cities and villages from 30-year illegal occupation of Armenia. Azerbaijan, he said, being member of the Kashmir Contact Group of the Organization of Islamic Cooperation (OIC), fully supported the settlement of the Kashmir issue in accordance with the relevant United Nations Security Council resolutions.

He recalled that Armenia for almost 30 years kept under occupation almost 20 percent of Azerbaijan’s territory, committing notorious war crimes and crimes against humanity. Armenia committed the Khojaly genocide in February 1992, killing hundreds of civilians, including 106 women and 63 children. As many as 1275 Azerbaijanis were taken hostage, 150 of them are still missing. Armenia’s ethnic cleansing had resulted in more than a million Azerbaijanis becoming refugees and internally displaced persons.

In 1993, he further highlighted that the UN Security Council adopted four resolutions calling for the immediate, complete and unconditional withdrawal of Armenian armed forces from the occupied territories of Azerbaijan.

However, these and all other similar decisions adopted by relevant international organizations had been ignored by Armenia, Ambassador Khazar Farhadov maintained. During the occupation, he said, Armenia tried to maintain the status quo, adding “unfortunately, no international sanctions had been imposed on Armenia to ensure the implementation of UN Security Council resolutions. The overthrow of the war criminal regime in Armenia in 2018 was not accompanied by real changes.” Moreover, in August last year, the envoy said, an Armenian sabotage group tried to penetrate through the former line of contact in order to commit terrorist acts against Azerbaijani military servicemen and civilians, but was successfully neutralized by the Azeri forces.

He said at the General Debates of 75th Session of the UN General Assembly on September 24, 2020, President Ilham Aliyev warned that hostile statements and provocations of Armenian leadership demonstrated that it was preparing for a new aggression against Azerbaijan.

In response, the ambassador narrated that Azerbaijan launched a counterattack in its own territories against Armenia, using the right to self-defense enshrined in Article 51 of the UN Charter. For 44 days, the Armenian armed forces intensively fired on the regions and cities along and also far from the front line, he added.

More than 12,000 civilian infrastructure, including individual houses, have been destroyed or severely damaged in Azerbaijan. Armenia has attracted mercenaries and foreign fighters from abroad and placed them against Azerbaijan.

In total, he said, more than 300 cities and villages were liberated on the battlefield and Armenia had to sign an act of capitulation on November 10, 2020.

Answering a question, the envoy said the patriotic war that ended with a victory of the brave Azerbaijani Army opened a new era, establishing international justice and changing realities in the region. Replying to another question, he said direct flights between Azerbaijan and Pakistan would be operational soon as the procedural work in that regard was almost completed, but unfortunately it delayed due to COVID-19 restrictions in both the countries.