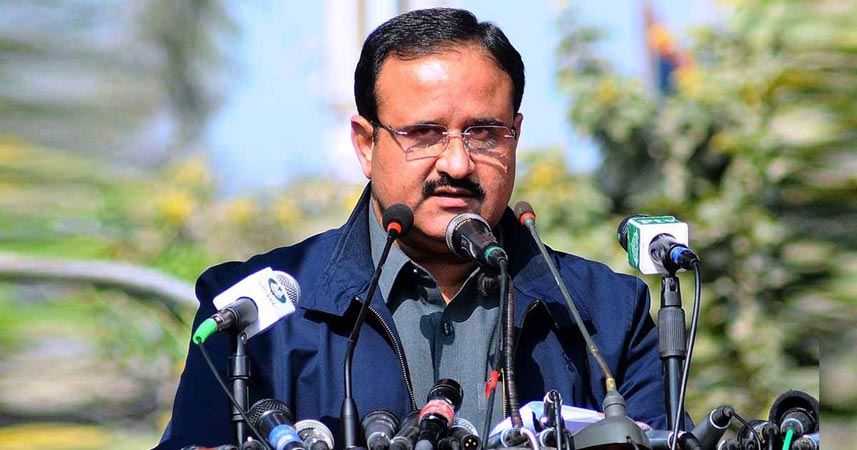 In a statement, he said holding a small meeting, herded into a blind alley, confirmed the weak political position of the opposition parties. The citizens have also noticed the abrupt assemblage of an unnatural alliance on a small road, he held.

The PDM was unable to manage as many people as were parties in the alliance, he said, adding that the people’s disinterest showed that they needed development and prosperity instead of chaos and instability.

Buzdar said the PDM had lost its residual credibility by indulging in negative political agenda proving that it had no future.

Buzdar said the PTI-led government believed in performance. He said after the flopped DG Khan show, the so-called politics of the PDM alliance had ended for good.

He said the opposition could only raise hollow slogans as it is unable to materialize things or deliver to the masses. The rejected elements have no political future; he maintained adding that disappointment is visible on their faces.

The 220 million people have full confidence in the leadership of PM Imran Khan and we are all united under him, he maintained. “The anarchists should realize facts, as these elements were trying to interrupt the development journey which will not end and the critics will remain disappointed, he added. He said the incumbent government promoted the concept of balanced development in the province and due to this policy, south Punjab had joined the development journey. He said a spate of development was started in south Punjab with Rs190 billion in the current financial year.

The development budget was ring-fenced along with a compilation of the separate ADP book, he continued. Credit goes to the PTI government for allocating a separate budget to ensure development and prosperity in south Punjab.

Buzdar reiterated that development was a fundamental right of the people living in south Punjab districts and pointed out that another commitment was fulfilled by giving administrative autonomy to the south Punjab secretariat. The cabinet has also passed the South Punjab Secretariat’s rules of business, he stated. Regretting that the past governments had befooled South Punjab’s inhabitants with hollow slogans by using its budget on projects of choice, he said south Punjab was badly ignored in the past and funds were spent on other projects by imposing cut on south Punjab budget.