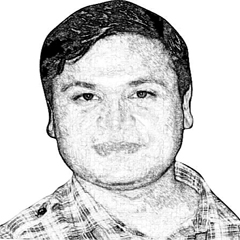 Islamic concept of poverty and zakat

Poverty is unwelcomed in all economic systems, including the economic system of Islam. It is a major reasons for many socioeconomic evils. Like other developing economies, Pakistan is also suffering from poverty and income inequality. Ministry of Planning, Development and Reforms revised national poverty line last year from one determined based on a calories-intake approach to that on the Cost of Basic Needs (CBN) approach. As the new definition of poverty is based on a wider scale, therefore, it has increased the number of poor from 9.5 percent to 29.5 percent of the total population in 2016 (roughly from 20 million to 60 million).

Comprehension of poverty from Islamic perspective is important to suggest a mechanism informed by the same perspective to alleviate it. The Islamic concept of poverty is quite different.

Poverty is a purely economic phenomenon which may lead to sub-economic and social issues at micro and macro levels. The presence of poverty in a society does not necessarily mean that people have to be divided in social classes.

There is the possibility of poverty even in a purely Islamic society and state (The presence of poverty has been recorded at the time of the Holy Prophet (PBUH) and great Khulafah-e-Rashidun). In context of Islam, poverty is a test; Allah Almighty wants to test his creature. Thus, the deficiency or abundance of financial resources is one of the instruments on the basis of which we are tested. “We have distributed their livelihood among them in worldly life, and have raised some above others in the matter of social degrees, so that some of them may utilize the services of others in their work”.

Nonetheless, poverty is an issue of immediate concern. It should be addressed on a priority basis at micro and macro levels. Islam encourages its followers to become earning hands.To work according to optimal capacity and sharing of productive knowledge is the religious responsibility of each Muslim man and woman.

Islam approves of economic progress, and considers “lawful or righteous livelihood an obligation next to the obligations”. Notwithstanding all this, it is no less a true that it does not consider “economic activity” to be the basic problem of man, nor does it view economic progress as the be-all and be-end of human life.

Majority of the population of the country is Muslim, however, people are less inclined to hand over their zakat to the government  because of a ‘deficit of trust’

Islam recognises poverty as a multi-dimensional phenomenon and therefore, suggests multidimensional measures to prevent the causes of poverty at one hand and alleviate the existing poverty level on the other hand. At the individual level, it is the religious obligation of each man to work and become self-sufficient, while earning his livelihood. This is not enough, individuals are responsible for the livelihood of their immediate family members (children, spouse, father, mother) as well. This obligation intensifies the sense of responsibility, increases access to basic facilities such as shelter, food, education, healthcare, and reduces vulnerability of poverty. At the macro level, the provision of fundamental economic rights (food, shelter, education, and healthcare) to the poor and destitute is the state’s responsibility.

Although, the government of Pakistan has initiated diversified policy interventions such as social safety nets and social protection programmes, microfinance programmes, ‘skill enhancement and vocational training programmes’ and zakat disbursement programmes to alleviate absolute poverty and improve the distribution pattern in favour of the poor, however, the desired results have not yet been achieved. Among these initiatives, the institution of zakat (Pakistan Baitul Mal) has a central importance. Pakistan Baitul Mal — the central institution of the country to collect zakat and disburse it among the poor and needy in different forms — had been established in early 80’s to ensure the flow of money from the rich to the poor as a religious obligation and combat poverty from diversified angles.

Though, religious importance of zakat cannot be denied, however, the mechanism of zakat (collection and disbursement) can be questioned in many ways. Majority of population of the country are Muslims, however, because of the ‘deficit of trust’ people are less willing to hand over their zakat to government institutions. Though, Baitul Mal is functional since its inception but we don’t notice its significant and transformative role to graduate poor from out of poverty even at a minimal scale. It might be because either the amount given as zakat to recipients is too low or the use of zakat money is just for consumption purposes.

We need to change the mechanism of zakat to make it a strong tool against poverty as per its divinely ordained importance. This may happen if the government can possibly link zakat with safety nets and social protection programmes. Many research studies show that poverty is not a monetary phenomenon and it cannot be alleviated by financial extension models only. Otherwise, Bangladesh should have alleviated poverty remarkably due to its historical and world renowned programme of financial extension services — microfinance by Grameen Bank. Islamic microfinance programmes if linked with zakat funds can yield a better outcome and can serve the true purpose of zakat.

The writer is an Assistant Professor in Economics at Institute of Management Sciences, Peshawar. He can be contacted on his official email: Zahoor.khan@imsciences.edu.pk