Matters with IMF to settle this week: Shaukat Tarin 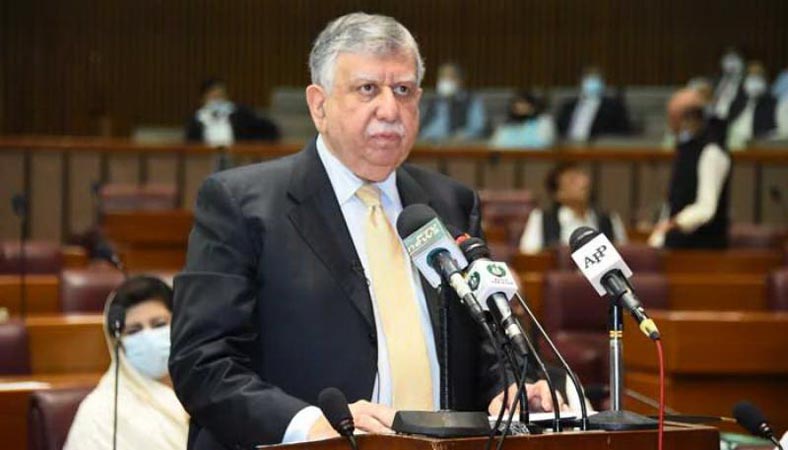 Advisor to Prime Minister on Finance and Revenue Shaukat Tarin on Monday said that matters with the International Monetary Fund (IMF) have almost been settled and a final agreement is likely to be reached by this week.

There are some legal issues that would be resolved soon leading to a final agreement, the advisor finance said while talking to the media after the launching ceremony of Pakistan Single Window (PSW).

Replying to a question, the advisor said that inflation is a global issue and the government is trying its best to tackle it and will announce the targeted subsidy in the coming days. Earlier, addressing the launching ceremony of Pakistan Single Window (PSW), the advisor highlighted the importance of taking full advantage of new opportunities emerging out of global economic recovery being taking place after Covid-19.

He said that one of the ambitious, wide-ranging and comprehensive reform initiatives undertaken in the public sector in recent years.

The advisor was of the view that during the past two years, Covid-19 had badly affected the global supply chain and trade whereas the cost of production and shipping had also gone up. He said that the world economy was recovering now and the business activities would not only resume but would also grow at a much faster pace, so there is a dire need to take advantage of this opportune situation

“The worst seems to be over and as economies begin to recover globally. We expect business activity to resume and in fact, grow at a much faster pace. Pakistan and Pakistani businesses have to be ready for taking advantage of new opportunities,” he said.

He said PSW was in line with the vision of the government to promote competitiveness, transparency and efficiency and lauded Pakistan custom for leading this initiative.

He said that it was a priority of the government to facilitate businesses, including small and medium-size ones by providing a suitable enabling environment for growth and innovation and improving their competitiveness by reducing their cost and time for doing business.

He expected that the single window would provide a comparative advantage to Pakistan businesses and trading communities to enter new markets to enhance exports. The adviser said that PSW would further boost regional connectivity by effective use of technologies, ensuring enhanced facilitation of trade across borders.

Besides, he said it would also help counter financial crimes and trade-based money laundering through the integration of international shipping and databases and eventually enable seamless connection in the dissemination of information to customs, State Bank of Pakistan and other relevant agencies. He lauded the efforts of development partners including World Bank, Asian Development Bank, USAID and IFC for providing technical assistance and support to PSW.

He said the that business community was also an active partner of PSW, expressing the hope that it would continue support to make PSW more robust and help in its evolution to cater to the needs of the businesses.

He said that the government was committed to taking all possible measures to facilitate legitimate business and promote the business environment, adding that the business community also had a responsibility to play a role in the development of the homeland.

He said that the government was actively pursuing the agenda to make Pakistan a hub for regional trade and transit and realize the full impact of Pakistan geo-strategic and geo-economic location.

He said that in this regard the major milestone was achieved by the operationalisation of the TIR agreement and dispatch of transit consignments to Uzbekistan and Turkey.

While addressing the ceremony, Chief Executive Officer of Pakistan Single Window Company, Syed Aftab Haider said that digitalization and automation in trade and taxation would be necessary for Pakistan’s connectivity with the global economy. He appreciated the government efforts and support of local and international financial institutions for digitalization and automation through ‘Pakistan Single Window (PSW).

Deputy Mission Director, US Agency for International Development (USAID), David Young hailed the USAID long term partnership with the Federal Board of Revenue (FBR) and for the smooth functioning of the taxation system.

He said that this drives to modernize the trade and economic system as well improve Pakistan local connectivity with the global value chain.