Ahead of Shahrukh Khan’s birthday, Mannat is all decked up 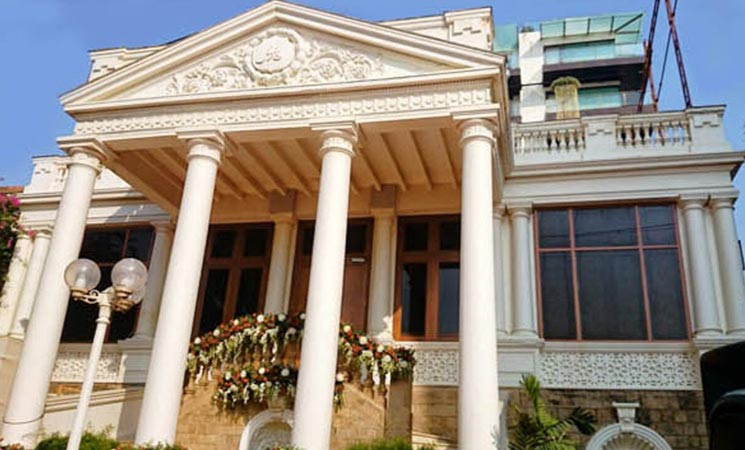 Ahead of Shahrukh Khan’s birthday today, (Tuesday) his house Mannat was all decked up in order to celebrate the Baadshah of Bollywood’s birthday and for Diwali festivities.

Not only that, since morning birthday gifts including cakes and bouquets kept coming at Mannat in order to make actor’s day more special.

But the real happiness and reason for SRK to celebrate his birthday this year will be as his elder son Aryan Khan is out of jail on Saturday after being arrested in the drugs case.

For the unversed, Aryan Khan was arrested in an alleged drug case on October 3 after getting detained a day earlier in a cruise ship. The 23 years old was granted bail on Friday by the Bombay High Court. He walked out of the Arthur Road Jail a day later owing to documentation work being submitted to the court. Many fans rejoiced Aryan’s release outside SRK’s residence Mannat.

The actor, who started off his career in television has become one of the biggest stars not just in India but all over the world.

SRK has become synonymous with Bollywood and fans can’t even imagine the industry without him.

He entered Bollywood playing villainous roles in Baazigar in 1993, Darr in 1993 and Anjaam in 1994 and then became the heartthrob of the country with his romantic films, swooning his fans with charisma. While he’s popular for his wit and sense of humour in real life, he became the icon of romance over the years. His romantic films made us fall in love with love all over again and rekindled the romantic in us.