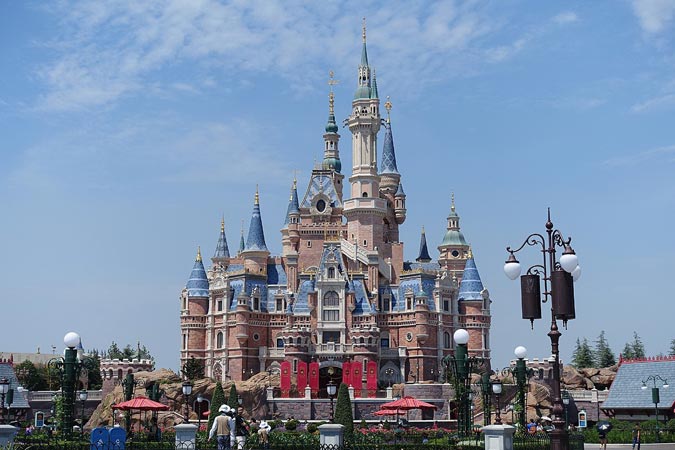 Shanghai Disneyland was closed Monday over a single coronavirus case, as Chinese authorities pressed ahead with their zero-infection strategy before the Winter Olympics.

China had reduced most domestic cases to a trickle throughout the pandemic, but a flare-up in recent weeks has tested Beijing’s determination to eliminate Covid-19 even as much of the rest of the world opens up.

There were 92 new cases reported Monday – the highest since mid-September.

Shanghai Disneyland closed after a woman who visited the park on Saturday tested positive upon returning home to a neighbouring province, state media said.

Disneyland said it would remain shut for at least Monday and Tuesday “to follow the requirement of pandemic prevention and control”.

The reopening date was yet to be confirmed, it added.

The park began barring new visitors from entering on Sunday, with everyone in the park required to take a Covid-19 test before leaving.

Nearly 34,000 people had been tested by Monday, the city government said, with all tests negative.

The closure comes after Beijing’s newly opened Universal Studios said Saturday that close contacts of infected people had been found among the previous weekend’s visitors.

All staff at that theme park – which entered a “state of emergency prevention” on Friday – have tested negative and no trace of the virus has been detected on the site, the park added.

Beijing is due to host the Winter Olympics in under 100 days and authorities have said eradicating the virus is their biggest challenge in the run-up.

At least three districts in the capital have closed cinemas and other entertainment venues in an effort to curb the spread of the virus.

About six million people are under lockdown orders, mostly in northern parts of China.

Mi Feng, spokesperson for the National Health Commission, said at a press conference Saturday that authorities would continue to “strictly prohibit people in locked-down communities from leaving their homes”.

After logging two new cases Sunday, the northeastern city of Harbin – with a population of 10 million – locked down two housing compounds, closed schools and kindergartens for one week and suspended inter-city bus services.

On Sunday, a county in Hebei province – which neighbours Beijing – told its 220,000 residents to stay home after a handful of new infections were found.