Taliban mark COP26 with call for green projects to resume 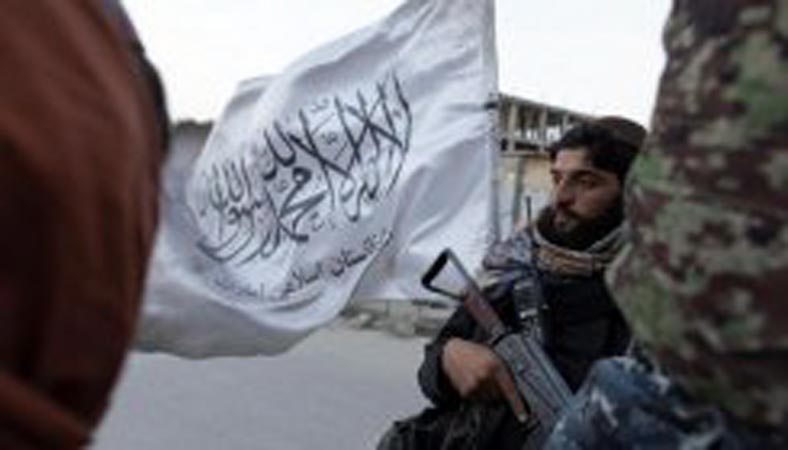 Afghanistan’s new Taliban regime urged international donors to resume full support for green projects in the country on Sunday, marking the start of the COP26 summit.

The movement seized power in Afghanistan in August after overthrowing the former US-backed regime, but has not yet been recognised by the international community. As such, the new Islamic Emirate will not be represented in Glasgow when world leaders gather on Sunday to renew plans to tackle the global climate crisis. But senior Taliban diplomat Suhail Shaheen said that climate programmes in Afghanistan that had already been approved for UN support should continue.

“Afghanistan has a fragile climate. There is need for tremendous work,” he said, on Twitter. “Some climate change projects which have already been approved and were funded by Green Climate Fund, UNDP, Afghan Aid, should fully resume work.”

Relief agencies have warned that a drought in Afghanistan, which UN scientists say has been worsened by climate change, could force 22 million into “acute food insecurity”. But the work of international agencies has been disrupted by the change in regime, and international donors are reluctant to work with the Islamist former insurgents.

Shaheen stressed, however, that the Taliban would be be able to ensure the security of teams working in the projects.

“The Islamic Emirate of Afghanistan is committed to providing security and a safe environment for the work of NGOs and charity organisations,” he tweeted.

Toddler: An Afghan toddler wounded in a suicide bombing near Kabul airport during chaotic international evacuations last August has been reunited with his family in Britain, the government said Sunday.

Mohammad Raza, two, who was injured in the August 27 attack that killed scores of people, including 13 US troops, landed on Friday as part of a military airlift from a country that neighbours Afghanistan, Britain’s interior ministry said.

He has since rejoined his family, who had arrived previously and been granted a long-term visa to remain in the country.

“What happened to Mohammad was utterly heart-breaking,” interior minister Priti Patel said. “I am delighted he has arrived safely and now he and his family can rebuild their life here,” she added.

The UK has airlifted more than 15,000 people — both British and Afghan citizens — from the war-torn country since the Taliban wrested back power.

It has committed to welcoming up to 20,000 people in the coming years, including around 5,000 in the first year, as part of an Afghan resettlement scheme.

On Friday, a group of LGBT Afghans arrived. Earlier this month, the government said it was working to finalise visas for Afghanistan’s junior female football team, whose members have fled to Pakistan.

Britain, which did not detail the injuries suffered by two-year-old Raza, said that he was supported on the flight by a team of medics. The August 27 suicide bombing targeted throngs of Afghans gathered outside the airport hoping to flee Taliban-ruled Afghanistan as a frantic Western evacuation drive approached a deadline for completion.

The UK government also said Sunday it would channel, via UN agencies and the International Committee of the Red Cross, the first £50 million ($68 million, 59 million euros) in £286 million of aid pledged in September to Afghanistan.

It will be spent on food, nutrition, shelter and medicine over the country’s tough winter months, as well as bolstering projects protecting women and girls from gender-based violence. “Preventing a humanitarian disaster in Afghanistan and preserving the gains of the last twenty years will require a truly global effort,” Prime Minister Boris Johnson said.