China urges US to keep promises on Taiwan 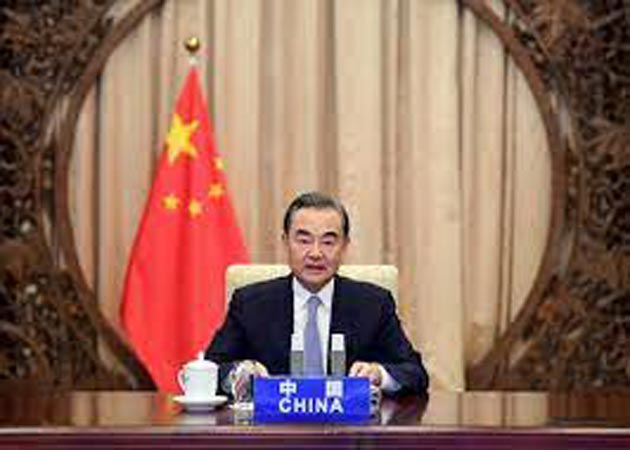 Chinese Foreign Minister Wang Yi told the United States not to “betray its promises” on Taiwan at a rare meeting Sunday with Secretary of State Antony Blinken, as tensions run high over the island. Months of simmering tensions spiked in October after President Joe Biden declared that the United States would defend Taiwan in the event of an attack by Beijing — a statement seemingly at odds with long-held American policy towards the self-ruling island.

The White House quickly walked back Biden’s comments – insisting there has been no policy change – and both sides Sunday stressed the need to keep channels of communication open to avoid any dangerous souring of relations.

But Wang voiced Beijing’s full displeasure in his talks with Blinken, on the sidelines of the G20 summit in Rome. “We request that the US pursues a real One China policy, not a fake One China policy,” Wang told his counterpart, according to a Chinese foreign ministry statement. “We request the US to fulfill its commitments to China, rather than betray its promises.”

According to a senior State Department official, Blinken made clear to Wang that there has been no change to Washington’s so-called One China policy – which is the diplomatic acknowledgement of Beijing’s position that there is only one Chinese government.

The meeting marked the first between the two top diplomats since a stormy session in Alaska in March, when the Chinese delegation berated the American side as TV cameras rolled.

It follows weeks of escalating diplomatic rhetoric and military posturing over Taiwan, an island of 23 million which China claims as its own and vows to retake one day – by force if necessary. Wang stressed that Taiwan was “the most sensitive” issue between Beijing and Washington, with the potential to wreck relations if dealt with “wrongly”, the Chinese foreign ministry statement added.