* Nothing in Wright's previous work quite prepared me for 'Last Night in Soho,' its easy seductiveness and spikes of sophistication 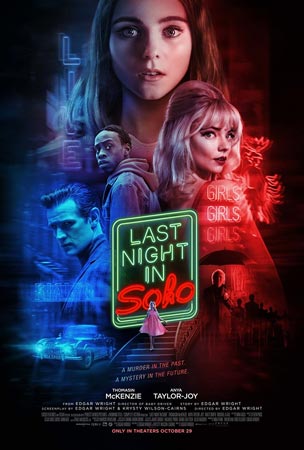 Early in Edgar Wright’s “Last Night in Soho,” there’s a rapturous sequence showing Eloise, a fashion student recently arrived in London, experiencing what seems to be a vivid dream.

Entranced by a gorgeous young singer named Sandie, Eloise finds her on a busy street where Sean Connery in “Thunderball” blazes from a gigantic marquee. As the two women enter a glamorous nightclub and Cilla Black’s aching 1964 hit, “You’re My World,” throbs on the soundtrack, they become mirror images and their stories irrevocably fuse.

Nothing in Wright’s previous work quite prepared me for “Last Night in Soho,” its easy seductiveness and spikes of sophistication. Dissolving the border between present and past, fact and fantasy, the director has produced some of the most dazzling imagery of his career. This is also his first film with a female lead – he’s best known for buddy comedies like “Shaun of the Dead” and “Hot Fuzz” – a choice that lends an authentic shiver to a story anchored in male sexual violence and swinging London’s seedy underbelly. 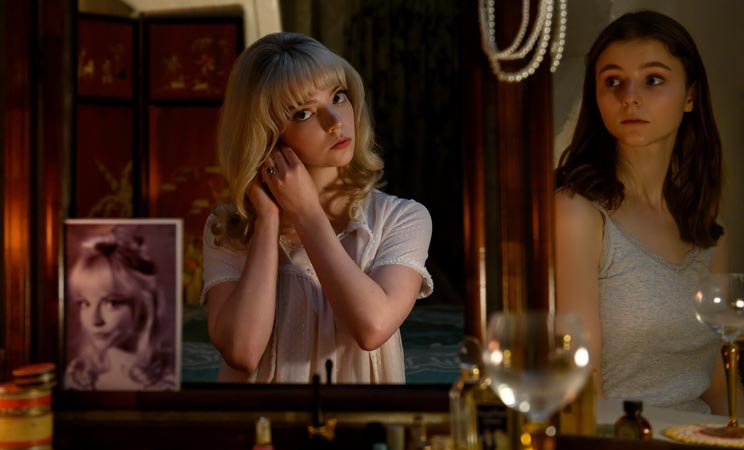 As Eloise’s psychic connection to Sandie starts to overwhelm her daily life – given welcome flashes of normalcy by Michael Ajao as a supportive suitor – the plot drastically darkens. The movie, though, remains luminous: Streets gleam and shadows pulse, the amber light from doorways spilling like whiskey over Eloise’s nighttime adventures. What we’re watching is a gorgeous horror movie, its surface sleekness roughened by three legendary British actors: Diana Rigg, in one of her final roles, as Eloise’s landlady; Rita Tushingham, as her grandmother and Terence Stamp. Our first clear look at Stamp, pausing in the door frame of a dubious establishment to carefully adjust his overcoat, is a master class in minimalist menace. His mysterious character might be woefully underwritten, but I would take minutes with Stamp over hours with Chalamet any day of the week.

Though unable to sustain the patient assuredness of its first act, “Last Night in Soho” delivers almost as many pleasures as apparitions. The editing is dizzying, the music divine as Wright reaches across time to show what the big city can do to a young woman’s dreams. This gives the movie an undercurrent of wistfulness that feels exactly right, as when Eloise tells Stamp’s character that her mother is dead. “Most of them are,” he replies, before walking away.