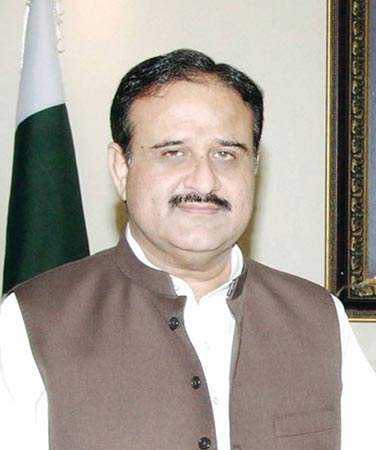 The Punjab Chief Minister Sardar Usman Buzdar has condemned the negative politics of PDM in such crucial times. The Chief Minister said that it is not a time for political point-scoring but to exhibit unity and solidarity in our ranks. Usman Buzdar said that opposition parties should perform responsibly in the wake of current circumstances.

Watching the interest of Pakistan is our topmost priority and will remain the same always. He regretted that opposition parties are trying to political point-scoring even in this present scenario. The rallies and protests cannot take the country ahead on the road to progress and prosperity adding that there is no room politics of Chaos and political parties should give priority to the national interest. The negative approach of opposition parties are against the national interest, he concluded.

On the Special instructions of Punjab Chief Minister Sardar Usman Buzdar, drive of inoculating corona vaccine to the citizens at their doorstep is being carried out successfully. The Chief Minister said that 10 lakh people are being vaccinated on daily basis adding that 18,000 teams have been constituted for this purpose. He appealed to the citizens to get benefit from this campaign and protect themselves and their love ones from Corona by getting vaccinated. He said that this campaign will remain continue till 12th November. He further stated that Coronavirus has suffered the Punjab, therefore, preventions and vaccination is utmost necessary to avoid financial and life losses. He said that free of cost vaccine is being inoculated across the province. He also directed the districts administrations and health authorities to play an effective role for making this campaign successful.

Punjab Chief Minister Sardar Usman Buzdar has said that resolving issue amicably and with mutual understanding is a good omen. Everyone has exhibited farsightedness and wisdom for the sake of Pakistan. Our religion Islam also teaches us to resolve our disputes amicably. He said that wisely resolving this issue is a victory of Pakistan. He said that by the grace of Allah Almighty, the situation will now improve. Violence or protests lead to deterioration in society.

On the special instructions of Punjab Chief Minister Sardar Usman Buzdar, Illegal constructions have been demolished in Murree in the special drive against encroachments. Assistant Commissioner Murree Muhammad Umar Maqbool monitored the operation. According to details, encroachments have been removed from 25 KM long road-side-way (right of way) from National Highway, Express Highway Sar-Khaitar Toll Plaza to Mouza Masyari. 10 illegally constructed concrete and temporary structures and exterior walls of 8 houses have also been bulldozed.