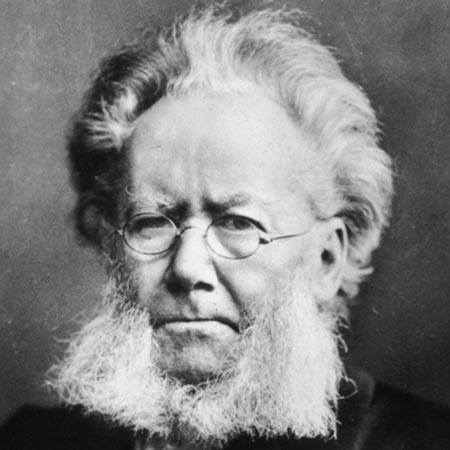 Women of age of information want more respect for them than they would value love exhibited by their counterparts. The sweet loving words may not be that good for them unless these are accompanied with respect. As it happens in case of NORA in the drama A Doll’s House by Ibsen. Nora is a prototype of a woman who considers her honour, image and her respect at much higher value in comparison to the home security, husbands loving words, and provision of money by him. It is because of the self-awareness of Nora that awakened in her because of the attitude of man towards her and this makes her the voice of women who are living in the same situation.

Nora is portrayed as a beautiful and pretty woman who loves her home, her husband and her children. Her husband addresses her always with loving words like, my Doll, my twitter, my lark, etc. and her children are in love with her and so over all she is a happy woman despite the insufficient amount of money she has. But this deficiency of money may not last long because her husband has been promoted to the higher rank.

Despite this household happiness, Nora is not happy internally because of her efforts for saving of her husband’s health. She crossed the social and legal boundaries for doing so as she borrowed money from the bank through fake documents and she has been paying back the debt through instalments out of her kitchen savings. Krogstad, the clerk at the bank, is well aware of the fact and threatens her of disclosing the matter to her husband if she does not help him by convincing her husband to spare his job at the bank. This moment becomes a moment of learning for Nora because she realizes pretty well that her husband would never accept anything demanded by Krogstad and the discovery of the secret would make him a stranger than loving husband.

The same happens when her husband discovers the whole matter and declares Nora unfit woman for his children. However, Nora attempts to enjoy the last moments of her happiness by celebrating the Christmas and by arranging tarantella dance which her husband loved.

The moment when Torvald declares her to be not sufficiently moral and respectable because of her past action and so was not worthy enough to take care of her children, becomes the decisive moment for Nora. She immediately realizes that she was only a plaything and all claims of love of her husband were false. She feels she has been living with a stranger. So, she makes a firm decision to leave the home, her children and her marriage also. 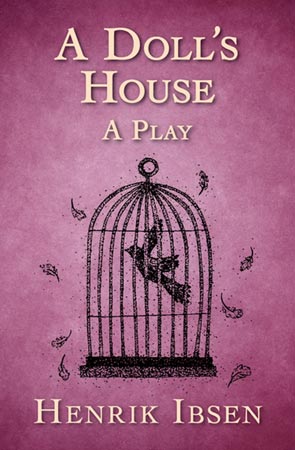 The reality dawned at her made her into a strong woman that she did not listen to the attempts of her husband to stop her and the promises of her husband that he would care for her, provide money to her and says good bye to her children in their absence and goes out of the home after returning the ring of marriage to her husband.

The moment of realisation comes to Nora only when her husband’s love is put to test where she fails to protect her although he was still addressing her with the same loving words. But for Nora, these loving words were not sufficient to hold her in relationship with a man who values everything else above her dignity and who does not respect her as a human being. Every woman respects her dignity but keeps on ignoring it even when she is damaged because of the sacrifice she is making for her children and her family. But there are some women like Nora who would tolerate this only up to a level and afterwards sacrifice would be difficult for them. Such are the strong women and who take a bold step to protect their honour and dignity. By doing so they become the models of courage and strength for the women of their generation as well as for the coming generations of women.

The matter of women’s respect at home and out of the home has gained even more currency in the current age because a large number of women are now highly qualified and are contributing to the society in a befitting manner. Some of them do have control on the money earned by them.

The point of self-awareness and self-realization is already there because of their education and so now every woman is conscious of her rights, duties and her social respect like Nora. So, it is not just sufficient to make claims of love for women now, it needs a true love which can be achieved only when respect for women also goes hand in hand with love for them.