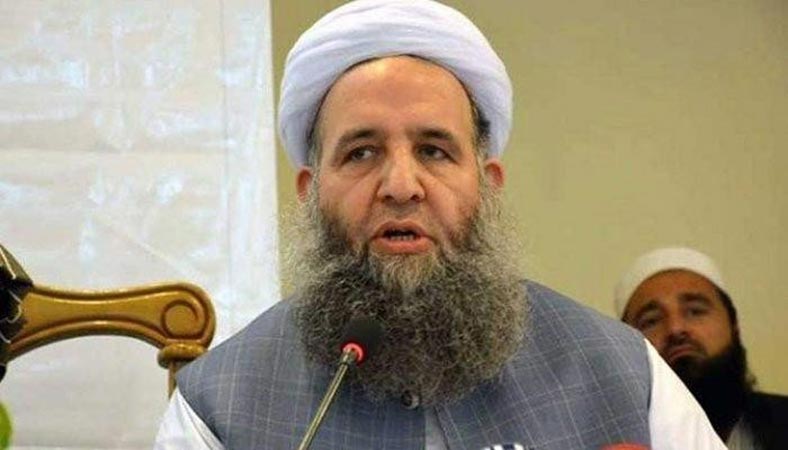 Federal Minister for Religious Affairs and Inter-faith Harmony Noor-ul-Haq Qadri on Saturday said that a 12-member ulema committee has been constituted to hold the talks with banned organization Tehreek-e-Labbaik Pakistan (TLP).

Speaking to media after attending a meeting of the state officials and religious scholars belonging to the Barelvi school of thought – with Prime Minister Imran Khan in the chair – Qadri said that the committee is in talks with the government as well as the leaders of the proscribed organisation. He said the religious leaders from across the country met the prime minister and expressed the resolve to wrap up the matter peacefully.

Qadri said the premier told the meeting’s participants that the incumbent government has always welcomed meaningful and serious talks. The prime minister also told the ulema that their suggestions, which might save the country from bloodshed, will also be considered, the federal minister said.

“The 12-member committee is in talks with the TLP leadership, and we hope they can move forward [in their negotiations with the proscribed political party],” he said.

For his part, President Sunni Ittehad Council (Faisalabad) Sahibzada Hamid Raza said the prime minister had assured the meeting’s participants that the government would not use “torture” to curtail the protests. He said the prime minister told the meeting that he did not wish to see bloodshed in the country, but noted that there would be “no compromise when it came to the writ of the state.” “We urge the protesters to not resort to violence […] as negotiations are underway in different parts of the country,” the SIC president said.

Thousands of workers of Tehreek-e-Labbaik Pakistan (TLP) stayed put in Wazirabad on Saturday after being instructed by the party leadership to do so as talks between the government and the religious party continued. In wake of the TLP protests, the Wazirabad administration sealed all roads leading out of the area in an effort to stop the marchers. However, on Saturday morning, the Pakistan Rangers used teargas to contain the TLP supporters as they tried to move past Wazirabad through an alternative route that goes through the city.