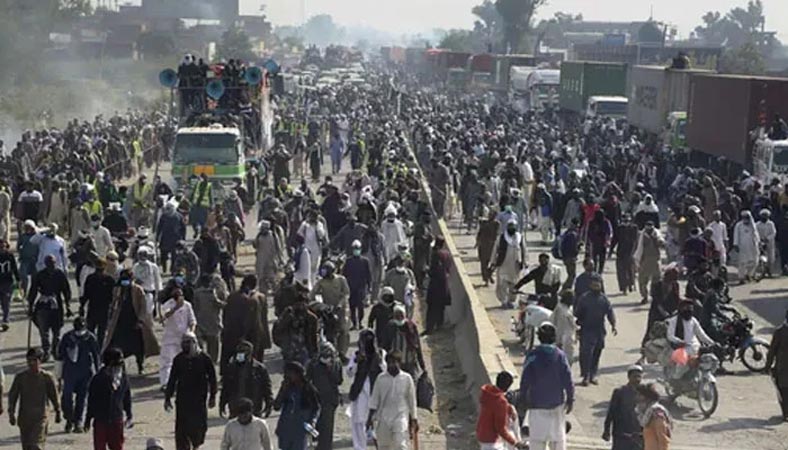 Thousands of workers of the proscribed Tehreek-e-Labbaik Pakistan (TLP) continued their sit-in in Wazirabad for a second day on Saturday as they waited for instructions from their leaders to move ahead, a private TV channel reported. The workers, who reached Wazirabad from Gujranwala on Friday, spent the night at the Zafar Ali Khan Bypass. Meanwhile, traffic and internet services remained suspended in the city while businesses also remained closed. On Friday, hundreds of Rangers and police personnel were deployed at the Chenab toll plaza to counter the marchers. The security personnel also have armoured vehicles with them and are equipped with riot gear, according to police sources. About 500 metres from the Chenab toll plaza, the Punjab Rangers marked a ‘red line’, and put up a notice nearby warning the protesters not to breach the line or face consequences. In view of the situation caused due to the TLP rally, two trains between Karachi and Rawalpindi – Tezgam Express and Pakistan Express -remain suspended on Saturday for both inbound and outbound services.