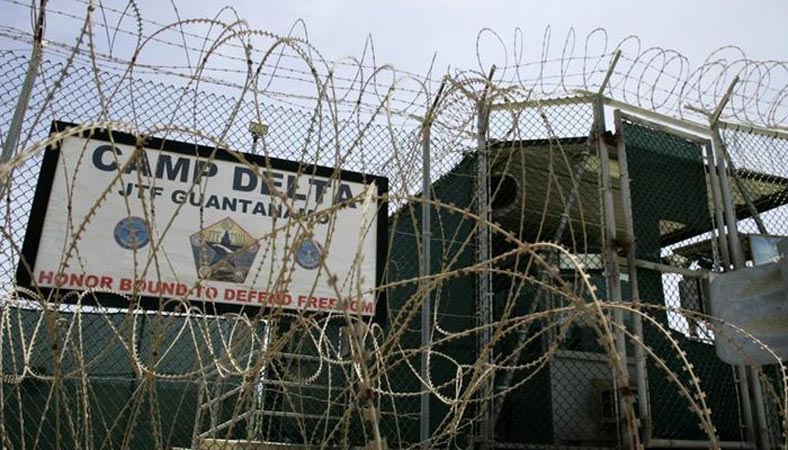 Majid Khan, a Pakistani detainee at the notorious United States Guantanamo Bay military prison, who was brutally interrogated at U.S. government secretive prisons described in court for the first time the intense CIA abuse tactics he endured, according to multiple American media reports.

Khan, 41, a legal US resident who lived in Baltimore and turned al Qaeda courier, told a military jury on Thursday about forced feedings and enemas, water boarding and other physical and sexual abuse he was subjected to from 2003 to 2006 in the CIA’s overseas prison network, the reports said. He is the first-ever former prisoner of the CIA’s secretive prisons, known as “black sites”, to describe openly the inhumane “enhanced interrogation techniques” that agents used to press information and confessions from terrorism suspects and that were officially ended in 2009. Majid Khan said interrogators began to torture him shortly after his capture in March 2003 in Pakistan, though he cooperated and told them everything he knew.

“Instead, the more I cooperated, the more I was tortured,” he was quoted as saying in The New York Times. Some of Khan’s accounts were included in a 2014 Senate Intelligence Committee report that accused the CIA of torturing al Qaeda prisoners far past legal boundaries with little proof the interrogation techniques produced useful information. Reading from a 39-page account on Thursday, Khan described being beaten, starved, suspended naked from the ceiling with a hood over his head for long periods, chained in a way that kept him awake for days and held under water until he nearly drowned. “I thought I was going to die,” he said. His account did not identify CIA agents or other countries or foreign intelligence agencies that had a hand in his secret detention, as that information is protected at the national security court, the reports said.

“I would beg them to stop and swear to them that I didn’t know anything,” he said, as reported by the National Public Radio (NPR). “If I had intelligence to give I would have given it already but I didn’t have anything to give.” Khan spoke on the first of what is expected to be a two-day sentencing hearing at Guantánamo Bay in Cuba, where a panel of military officers can sentence him to between 25 and 40 years in prison. He is expected to serve a far shorter sentence due to cooperation with U.S. officials and a secret plea deal, according to the reports. That deal will reduce Khan’s sentence to no more than 11 years with credit for time already spent in custody since his February 2012 guilty plea. Khan came to Maryland at the age of 16 when his family moved and were granted asylum in the 1990s.

He graduated from a suburban Baltimore high school and worked for a telecommunications contractor in the Washington, D.C., area at the time of the 9/11 attacks. Khan said he became radicalized after his mother died earlier in 2001 and during a family trip to Pakistan in 2002 his relatives showed him “propaganda videos” about Guantánamo’s detention center. He apologized for his actions, claiming full responsibility, and said he has forgiven his captors and torturers and just wants to be reunited with his wife and a daughter who was born while he was detained.