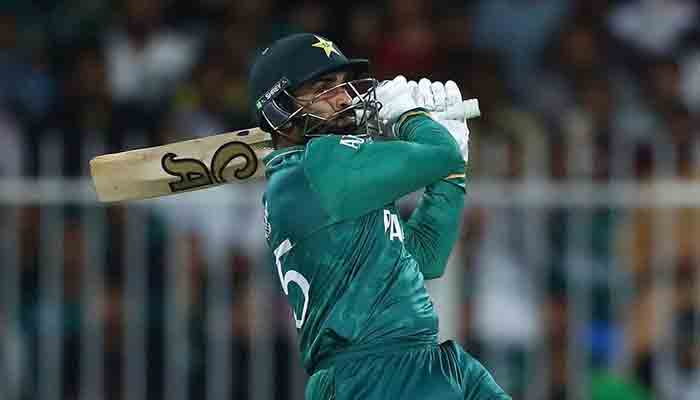 The skipper Babar Azam was full of praise for Asif after he smashed four sixes in the penultimate over to help Pakistan achieve a five-wicket win over Afghanistan in the Twenty20 World Cup in Dubai.

“I was very confident Asif would get us out of any trouble we find ourselves in,” Babar said, whose team tops Group 2 with six points in three matches.

“Asif’s hitting was clean, and that’s why we selected him. He is a true finisher.”

“We didn’t start really well, but the total on the board was decent but maybe not enough, only because of Asif,” Nabi said.

Asif finished with 25 off just seven balls with four sixes and a single. Hence, leaving Janat and all the other Afghan players frustrated.

Afghanistan scored a fighting 147-6 in their 20 overs with Gulbadin Naib and skipper Mohammad Nabi each scoring 35.

Taking to Twitter, Singh said Asif Ali showed a lot of confidence by refusing the single on the last ball and finishing it in style by hitting those four big 6 in the next over.