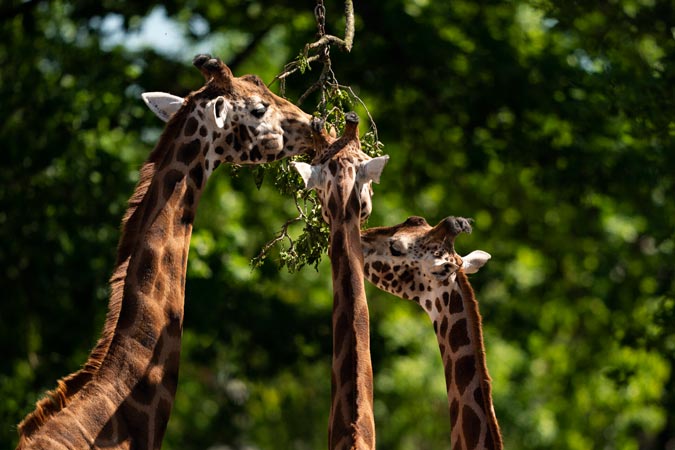 A zoo has become the first in the UK to turn animal excrement into renewable energy – and is burning ‘briquettes’ of dung to power a new exhibit. Marwell Zoo will use 600 tonnes of animal poo to power its new tropical house as part of the eco-friendly new scheme.

It is all part of plans for the zoo near Winchester to become carbon neutral in 2022.

The ‘world-first’ Energy for Life initiative will save 220 tonnes of CO2 equivalent each year – with one tonne of CO2 equalling a passenger’s return flight from Paris to New York.

Zookeepers sweep up the dung in the animals’ paddocks and enclosures every morning before the mixture of manure and bedding is shredded, mixed, dried and pressed into ‘briquettes’, which are used as fuel to be fed into a biomass boiler.

The boiler produces hot water, which is fed into a 15,000-litre thermal store, before flowing underground to heat the zoo’s latest exhibit, its ‘Energy for Life: Tropical House’.

The next phase of the biomass system is to provide heat to other buildings across the zoo and will benefit animals such as the zebra-like okapi and a variety of apes and monkeys in the ‘Life Among the Trees’ exhibit. 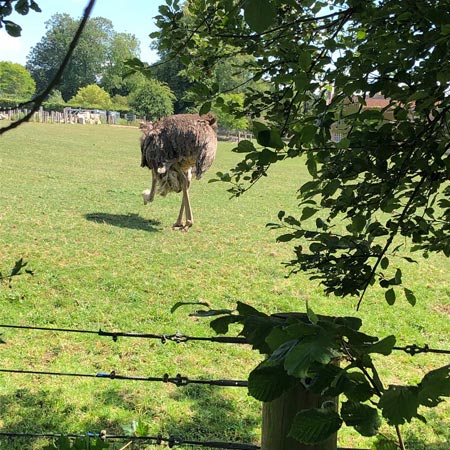 The renewable energy could also be used to power the Grade 1 Listed Marwell Hall.

Dr Duncan East, Head of Sustainability, said: ‘Using heat in this way from our own animals is unique in the UK and as far as we know across the world.

‘The urgent need to reduce the burning of fossil fuels and leave these high carbon sources in the ground means we can’t act soon enough to replace the oil-fired heating systems in these buildings.

‘Previously 600 tonnes of animal waste was taken off-site to be composted, and this came with a significant carbon transport cost.

‘We came up with the idea of biomass heat generation to reduce our carbon footprint and turn a previous waste stream into a valuable resource, achieving cost savings in the process.’

The zoo, which ‘champions’ renewable schemes in the local community, has reduced its carbon output by 77 per cent since 2008. Dr East added: ‘Replacing oil fired heating system with heat generated from waste from our own animals will hugely reduce our carbon footprint, and what better way than to make use of a material which is in abundant and continuous supply.’