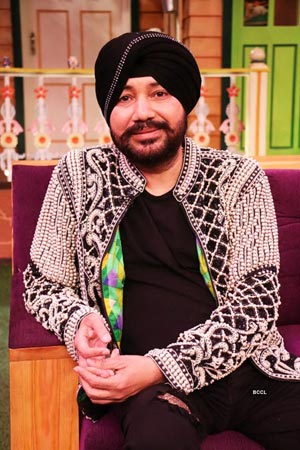 The team of SonyLIV web show Tabbar is set to appear in the upcoming episode of The Kapil Sharma Show.

The social media handles of Sony TV dropped a promo on Friday, and it looks like a musical episode is in store for the audience.

Ranvir Shorey, Pavan Malhotra, Kanwaljit Singh, Gagan Arora, Daler Mehndi, Rekha Bhardwaj and Ajitpal Singh will be the special guests. In the promo, we see host Kapil Sharma being his usual self with Mehndi and Bhardwaj. While Krushna Abhishek will turn into a Sheikh, Bharti Singh will tease young actor Gagan Arora.

The episode will also see iconic singer Daler Mehndi croon several songs, including some of his chartbusters like “Sade Naal Rahoo Gee”.

Tabbar has garnered largely positive reviews. Set in the heartland of rural Punjab, the thriller series follows a retired police constable who’s out to save his loved ones after an unfortunate incident shakes the foundation of his family. The Indian Express film critic Shubhra Gupta wrote in her review, “Tabbar’s strengths are its strong story-telling, which keeps returning to its core strengths, and the great ensemble that it assembles.”