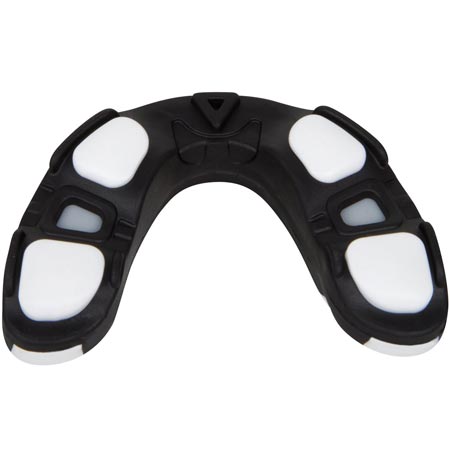 LONDON: The England and New Zealand women’s teams will wear special mouthguards that measure the impact of collisions in their upcoming Tests, World Rugby announced on Friday. The individually designed gumshields are made by US firm Prevent Biometrics and collect data when players collide with each other or with the ground. They also record impacts not directly involving the head. The teams will wear the devices during their matches on October 31 and November 7 in Exeter and Northampton and also for training sessions. It comes as concerns grow over the link between rugby and long-term brain injury.

World Rugby earlier this year announced it was taking part in a head impact study involving more than 700 male and female amateur players in New Zealand using the mouthguards. Leinster, Clermont and Benetton’s men’s teams are also trialling the gumshields. Professional rugby union and league clubs in England and Wales are using mouthguards made by a different company to monitor the impact of collisions. “Making rugby safer for every player at all levels of the game is hugely important and we’re pleased to contribute,” said England captain Sarah Hunter. Simon Kemp, medical services director at England’s Rugby Football Union, said the findings “will be an important addition to rugby’s developing understanding on head impact exposure”.

Global governing body World Rugby is also conducting a separate study using eye-tracking technology, which it hopes will support its head injury assessment process. A group of former rugby league players said this week they were planning a legal claim against the Rugby Football League for negligence over what they say was a failure to protect them from the risks of concussion. Bobbie Goulding, Paul Highton and Jason Roach are part of a test group of 10 ex-professionals involved in the action against the governing body. Those three men have been diagnosed with early-onset dementia and probable CTE. CTE — chronic traumatic encephalopathy — is a progressive brain condition which is thought to be caused by repeated blows to the head. It follows a similar move by a group of rugby union players including England’s World Cup winner Steve Thompson, who says he cannot remember his side’s 2003 triumph.