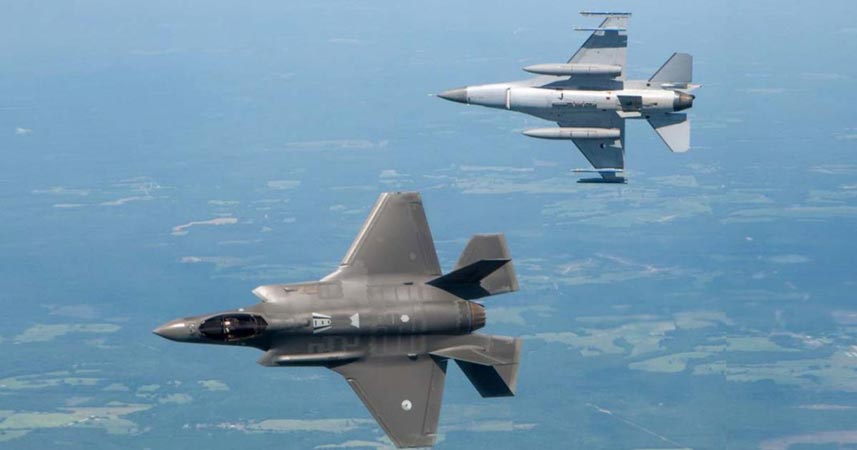 The United States is discussing Turkey’s request to buy F-16 fighters after a deal for more advanced F-35s was scrapped due to Ankara’s purchase of a Russian missile system, officials said.

Turkish President Recep Tayyip Erdogan said on October 17 that Ankara wants to buy the cheaper F-16s using the $1.4 billion it allotted for the cancelled F-35 deal.

But one US official said that any possible F-16 order could be dogged by the same issue that forced the cancellation of the F-35s: Turkey’s decision to buy an S-400 missile system from Russia.

The S-400, used to track and shoot down attacking aircraft, was seen as a threat to the F-35 joint strike fighter program adopted in several NATO countries.

The F-16 request could be discussed when US President Joe Biden meets with Erdogan on the sidelines of the COP26 climate conference in Glasgow which begins on Sunday.

According to Turkish media, the country wants to buy 40 F-16s and kits to upgrade 80 warplanes in its current fleet.

In 2002 Turkey joined several other NATO allies who agreed to buy the F-35, and five years later reached a deal to participate in its production, an agreement worth potentially billions of dollars to Turkish industry.

But just as the United States was preparing to deliver the first two of 100 aircraft planned for the Turkish air force, in 2017 Ankara announced it was buying an S-400 battery.

One week after the Turkish ministry of defense received the first delivery of S-400 components in July 2019, Washington announced the cancellation of Turkey’s F-35 program.

US officials said the presence of the S-400 would allow the Russians — NATO’s primary adversary — to collect information on the aircraft’s crucial stealth capabilities.

“Turkey cannot field a Russian intelligence collection platform in proximity to where the F-35 program makes, repairs, and houses the F-35,” said Pentagon Under Secretary of Defense for Acquisition Ellen Lord at the time.

Five months later, Washington slapped sanctions on Turkey’s Presidency of Defense Industries, which is in charge of defense technology imports, for violating US sanctions on Russia.

The decision left Turkey with an air force in need of rejuvenation, said Aykan Erdemir, head of the Turkey program at the Foundation for Defense of Democracies think tank.

“Hence, this alternative path of procurement would be crucial,” he said, referring to the F-16.

In broaching the F-16 idea, Erdogan hinted that he could turn to Russia for fighter jets if spurned by the United States.

But it’s not clear if that would sway Washington.

“We’ve urged Turkey at every level and opportunity not to retain the S-400 system and refrain from purchasing any additional Russian military equipment,” Deputy Secretary of State Wendy Sherman said at the beginning of October after Erdogan held talks with Russian President Vladimir Putin.

Any military sales would have to be approved by the US Congress, where anti-Turkish sentiment is strong because of Erdogan’s record on human rights.

Echoing pressure that helped lead to the F-35 cancellation, on Monday a group of 11 lawmakers in the US Congress wrote a letter to Biden and Secretary of State Antony Blinken objecting to any F-16 sale.

“We cannot afford to compromise our national security by sending US-manufactured aircraft to a treaty ally which continues to behave like an adversary,” they said.

Both Washington and Ankara face risks in outright rejecting the other, and Erdogan likely feels pressure both from Biden and Putin, Erdemir said.

“I don’t think there is any immediate solution to this deadlock, and that’s why I think Washington and other European capitals are eyeing the 2023 election, hoping that that could be a way out,” he said, referring to Turkish elections.