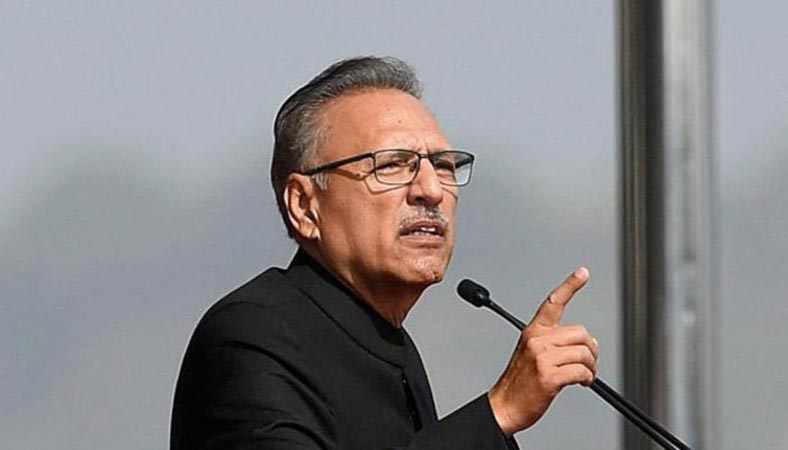 President Dr Arif Alvi on Friday said Islam stresses upon affinity and harmony among the mankind and called upon the Ulema (religious leaders) to play a positive role in diffusing the ongoing tense situation in the country by promoting Islam’s true message of peace.

The president expressed these views in a consultative meeting with a delegation of Ulema of Ahle-e-Sunnat Wal Jamaat from different districts across the country led by Federal Minister for Religious Affairs Noor ul Haq Qadri, here at the Aiwan-e-Sadr.

The meeting deliberated upon various options to address the current situation in a peaceful manner and emphasized on resolving the matter through negotiations.

President Alvi said since the establishment of Pakistan, the Ulema always played a significant role in providing moral and religious guidance to people besides standing with the State in difficult times.

He said the present government raised voice against Islamophobia and for the sanctity of Prophet Muhammad (Peace Be Upon Him) at all international fora and advocated the stance in an effective manner. He mentioned that the government also set up the Rehmatul Lil Alameen Authority, which would promote the glowing teachings of the Prophet (PBUH) and guide the nation to follow His footsteps for success in this life and hereafter.

They stressed that violence would negatively impact the image of the country as well as the religion of Islam.

The Ulema offered their support and services to resolve the situation peacefully and in an amicable way.