NSC decides not to abandon talks with TLP 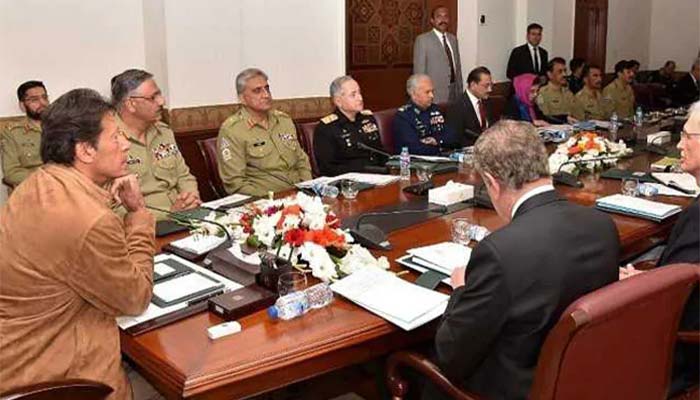 On Friday, the National Security Committee has planned to continue peaceful talks with the Tehrik-e-Labbaik Pakistan (TLP) protesters to find a solution to the problem, daily Times reported.

The government has taken this important decision during the meeting of the NSC which held at PM House in Islamabad on Friday with how to handle the TLP’s march on top of the agenda.

The civil and military leadership discussed at length the law and order situation prevailing in the country.
Chief of the Army Staff General Qamar Javed Bajwa and newly-appointed ISI Director General Lt-Gen Nadeem Ahmed Anjum were present in the meeting.

The meeting which lasted for two hours was briefed in detail. Sheikh Rasheed said the government was not going to shut the door of dialogue on the TLP leaders.

He, however, made it clear that the state’s writ had to be established at all cost.

Federal Minister for Information and Broadcasting Fawad Chaudhry said that the ISI director general briefed the NSC meeting about the protesters’ foreign contacts and links with terrorist groups.
The meeting was told that a number of policemen had been martyred by the direct firing of the TLP protesters.