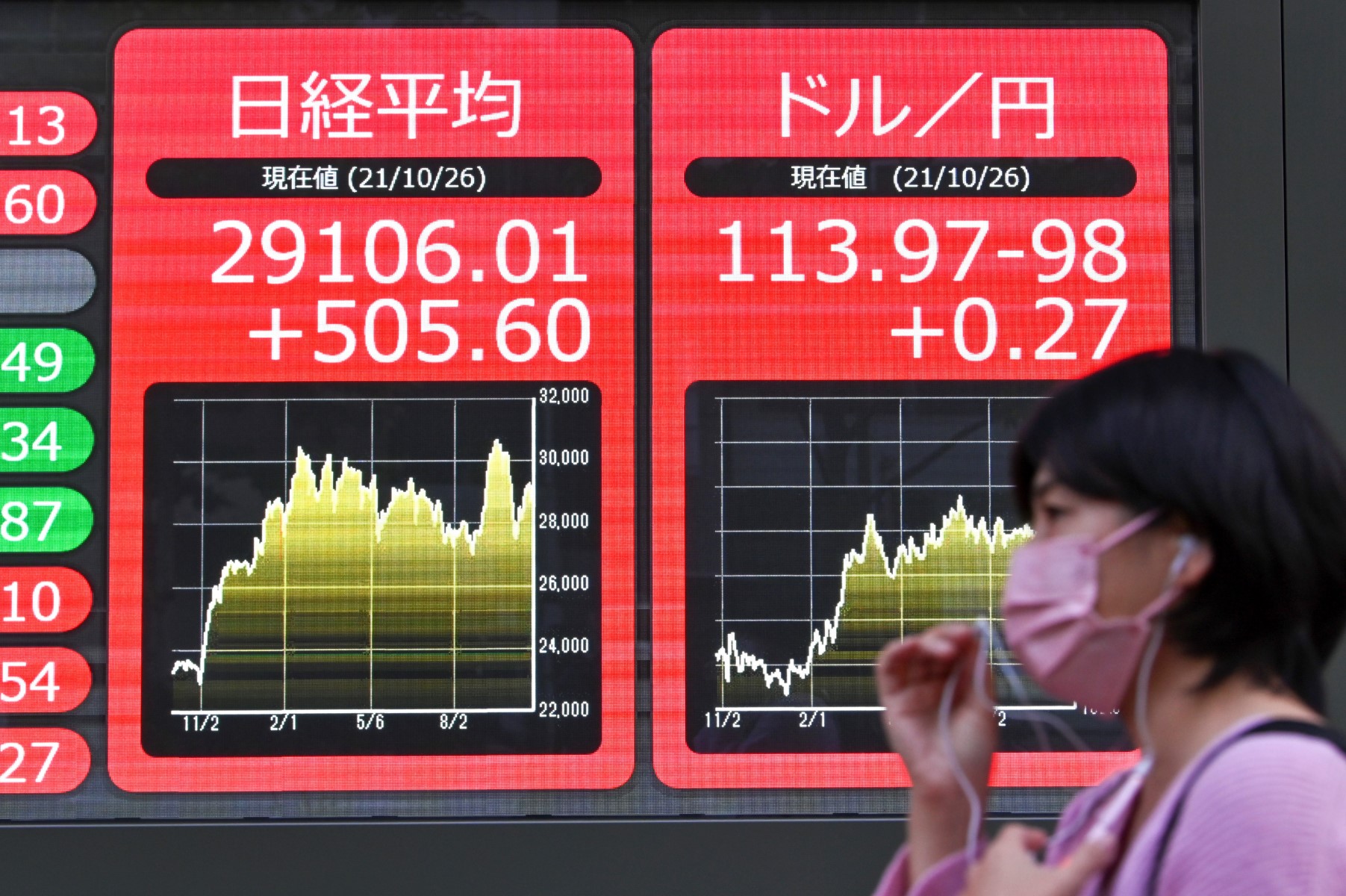 The US tech titans announced billions of dollars in quarterly profits on Thursday, but supply chain bottlenecks and the global chip shortage dented performance.

Ahead of the Apple and Amazon results, US stocks had closed higher Thursday, with the tech-heavy Nasdaq striking a new all-time high.

Forecast-beating profits from some of the world’s biggest companies have helped fan a rally across global equities this month, helping to temper concerns about surging inflation and the end of the era of central bank largesse.

But the results from Apple and Amazon, coupled with eurozone inflation data Friday, soured sentiment heading into the weekend break.

Inflation in the single-currency bloc surged to a record rate this month as high energy prices jumped and supply woes bit, Eurostat said Friday, casting a cloud over the recovery from the coronavirus pandemic.

Overall the eurozone economy was so far maintaining its steady recovery from Covid-19 restrictions, growing at 2.2 percent in the third quarter of the year, Eurostat added.

The rise in inflation is set to pile more pressure on the ECB to tighten monetary policy after its policymakers on Thursday maintained its massive stimulus programme and ultra-low interest rates for the moment to sustain the eurozone’s recovery.

All eyes next week will be on the Federal Reserve, which is widely expected to announce plans on tapering its vast stimulus package.

The Bank of England is meanwhile set to raise its main interest rate from a record-low 0.1 percent at its meeting also next week.

In the United States, a drop in net jobless claims to a fresh pandemic-era low helped overcome data showing the US economy expanded at a weaker pace than expected in the third quarter owing to a slowdown in consumer spending caused by Covid infections.

Investors were keeping a wary eye also on the world’s biggest economy after US President Joe Biden unveiled a new social and environmental spending package worth $1.75 trillion — half the original cost — that he hopes will appeal to both factions of his Democratic Party after months of painful negotiations.

In Asia, Hong Kong and Shanghai stock markets were handed some support by a report that property group China Evergrande had made an overdue interest payment ahead of a Friday deadline, buying it a little more breathing space as it struggles to address a debt crisis that many fear could spill over into the wider economy.