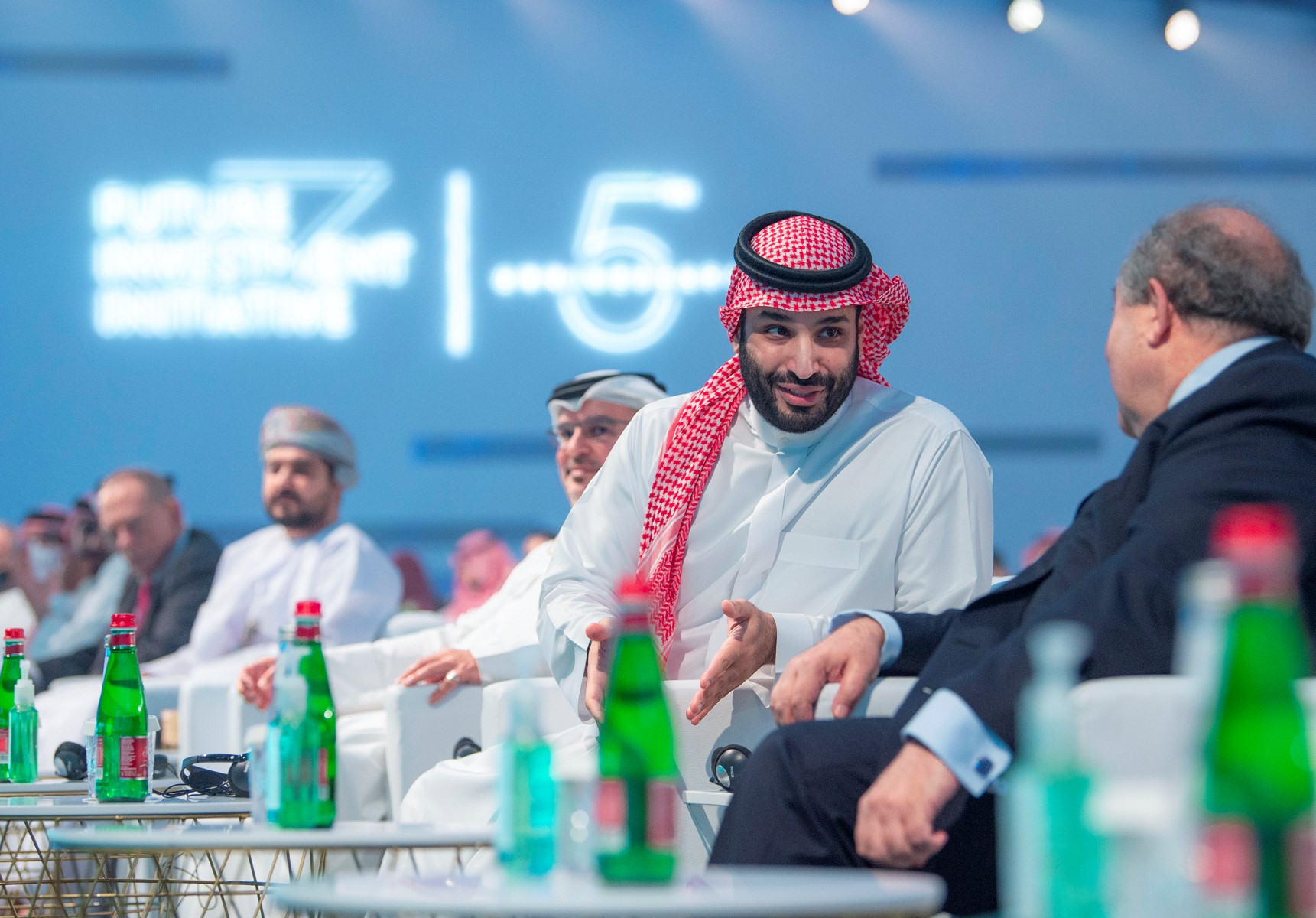 The climate crisis does not look like good news for the oil industry, but Saudi Arabia is sniffing an opportunity that could help retain its energy dominance for decades.

Not only is the world’s top oil exporter ramping up production, it is also making a major play for the trillion-dollar emerging industries touted as a route to cleaner air.

Such a move by one of the globe’s biggest polluters has not gone down well with environmental campaigners, with Greenpeace complaining of “greenwashing”.

But a push for the Saudi-promoted “circular carbon economy” is likely to feature at the United Nations’ COP26 climate talks in Glasgow, starting on Sunday, after winning G20 approval during the kingdom’s presidency of the body last year.

The message screamed out loud and clear at this week’s Future Investment Initiative (FII) conference in Riyadh: the Saudis are sticking with oil, and they want it to be part of the solution.

“I’m sure that people have noticed that we have been repositioning ourselves,” Energy Minister Abdulaziz bin Salman told the thousands-strong gathering dubbed “Davos in the desert”, featuring superstars of the business world.

Prince Abdulaziz, who cast doubt on predictions of dwindling oil demand, was speaking after Saudi Arabia promised to go carbon-neutral by 2060 and pledged more than $1 billion for circular carbon economy initiatives and to produce “clean” fuel for 750 million of the world’s poor.

Crown Prince Mohammed bin Salman, known as MBS, the de facto ruler who briefly appeared at the Riyadh conference, has called it a “green era” for the country, which is simultaneously raising oil production to 13 million barrels a day by 2027.

Prince Abdulaziz flashed up a graphic on the big screen emphasising Saudi plans for “preeminence in the global energy sector” through leadership in oil and gas, petrochemicals, renewables, hydrogen and carbon, listed in that order.

The UN has warned that even with aggressive cuts in greenhouse emissions, average world temperatures are poised to rise to 1.5 degrees Celsius (2.7 Fahrenheit) above pre-industrial levels by 2030, accelerating a devastating trend of drought, floods and extreme heat worldwide.

So circular carbon efforts — sucking carbon from the air and emissions, and repurposing it for products such as cleaner fuels and fertilisers — are needed to ease pollution further, experts say.

“The circular carbon economy may not sound great to those advocating for a hard break with hydrocarbons, but it is the logical way to produce a number of low or zero-emission fuels,” Karen Young, director of the Program on Economics and Energy at the Middle East Institute in Washington, told AFP.

The problem with carbon capture and reuse lies in implementation: the technologies are unproven, they can be costly and hard to scale, and they will need vast investment to get off the ground.

“The need is hundreds of billions (of dollars) a year,” Bill Winters, group CEO of Standard Chartered Bank, told the FII.

“Without a market to facilitate that transfer from the private sector into the hands of people that can actually get the carbon out of the environment, we won’t get there.”

Greenpeace cast doubt on Saudi Arabia’s motives, saying environmental concerns were “at best secondary” in the switch to the new approach.

“Saudi Arabia remains the bastion of the fossil fuel era, despite their ‘Green Initiatives’ and renewable projects, which represent a fraction of the investment that they continue to pump into the fossil fuel industry,” Greenpeace MENA campaign manager Ahmed El Droubi told AFP.

“Their strategic position, as the cheapest producer of oil on the planet, is allowing them to continue to securely invest in fossil fuels, with at best secondary consideration to the impacts on the climate.”

However, Saudi Arabia’s strong position in the energy sector is likely to remain as the industry evolves, according to Young.

“Saudi Arabia can be dominant as we continue to use oil especially for petrochemicals and transport fuels, and more so natural gas in the next decade or two,” she said.

“In renewables, Saudi Arabia has a strong stake in blue and green hydrogen production, solar production… and in solutions in carbon capture and storage. They will be in the energy business for many years to come.”

On Monday John Kerry, US President Joe Biden’s climate envoy, told world leaders at the Middle East Green Initiative summit in Riyadh that the shift to cleaner energy was the “biggest market opportunity the world has ever known”.

“The winners are going to be the people that get into that market, and I think that is something the crown prince has understood,” he said, nodding to MBS who was seated nearby.