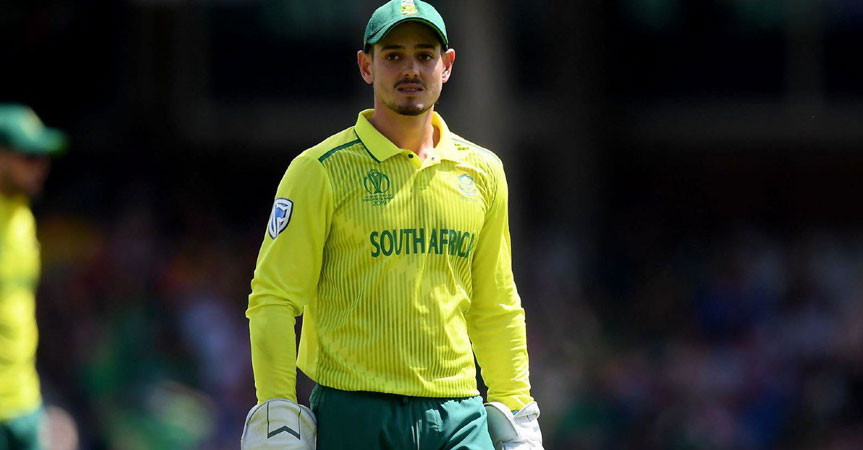 DUBAI: South African star Quinton de Kock has apologised for refusing to take the knee in his team’s Twenty20 World Cup match and said he would be “happy” to do it. “I would like to start by saying sorry to my teammates, and the fans back home,” de Kock said in a statement Thursday. “I never ever wanted to make this a Quinton issue. I understand the importance of standing against racism, and I also understand the responsibility of us as players to set an example. “If me taking a knee helps to educate others, and makes the lives of others better, I am more than happy to do so.” De Kock pulled out of Tuesday’s match against holders West Indies for “personal reasons”, defying orders from Cricket South Africa to their players on following the anti-racism gesture. They acted after pictures emerged from the team’s first game against Australia at the weekend where some players knelt and some stood. De Kock, a former captain and wicketkeeper-batsman, refused to take a knee in South Africa’s Test series in the West Indies earlier this year.