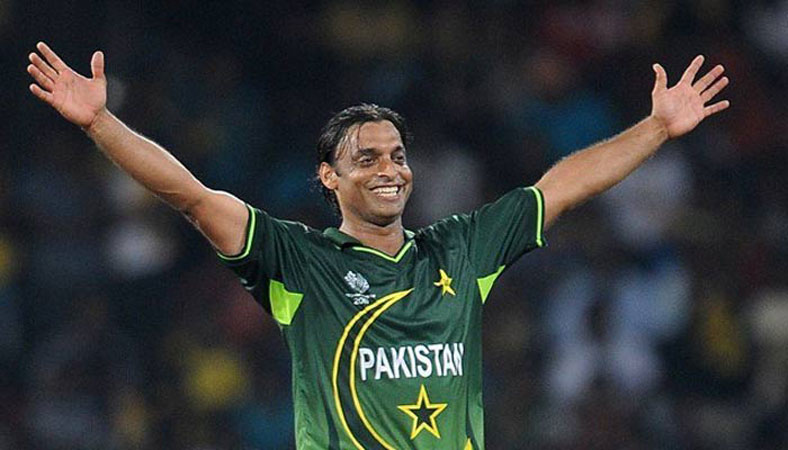 LAHORE: Pakistan Television said on Thursday that anchorperson Dr Nauman Niaz and former fast bowler Shoaib Akhtar had been taken “off air” until an inquiry committee formed to investigate the heated exchange between the two completed its inquiry.In a statement shared on Twitter, the state broadcaster said that the inquiry was under way. “It has been decided that Niaz and Akhtar will be taken off air until the inquiry is completed,” the statement said.It added that neither of the two will be allowed to participate on any PTV programme until the inquiry is completed and all the facts become clear.Reacting to the announcement, Akhtar said: “Well that’s hilarious. I resigned in front of 220 million Pakistanis and billions across the world. Is PTV crazy or what? Who are they to off air me?”

Earlier on Thursday, the former fast bowler had refused to appear before the inquiry committee formed to investigate the incident which took place during a live telecast on PTV Sports two days ago.Speaking to media, Akhtar said, “Whatever happened is out there for everyone to see. The committee can make the decision after watching the videos of the show.”The episode had caused an uproar on social media with politicians, journalists and mediapersons coming to the former cricketer’s defence and criticizing Niaz for his behaviour. Federal Minister for Information and Broadcasting Fawad Chaudhry had said a committee will be formed to probe the incident and subsequently the PTV administration had formed an inquiry committee. Senator Faisal Javed, who heads the Senate Standing Committee on Information Technology, had also regretted the incident and announced that he would take up the issue before the committee.He had chided PTV for going completely off track and called on the state broadcaster to restore its legacy.

The altercation between Akhtar and Niaz had taken place during a post-match analysis after Pakistan’s win against New Zealand in a T20 World Cup fixture on Tuesday.The two were part of a panel for PTV Sports’ programme ‘Game On Hai’, along with guests such as West Indies batting legend Sir Vivian Richards, former England captain David Gower, former Pakistan women’s captain Sana Mir and former fast bowler Umar Gul.