* 'I just wanted to address the Hollywood Bowl incident thing, a fan coming up to me onstage,' Adam said in his new post 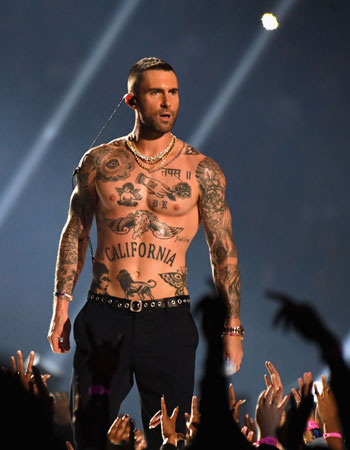 Adam Levine doesn’t want fans to think the singer is in misery when he’s around them. After a concertgoer jumped onstage and grabbed him in the middle of Maroon 5’s Los Angeles show over the weekend, the star took to his Instagram Story on Tuesday, Oct. 26 to defend his reaction against apparent claims that he views the group’s fans as “beneath” him. The incident took place during the band’s performance at the Hollywood Bowl’s We Can Survive event on Saturday, Oct. 23.

“I just wanted to address the Hollywood Bowl incident thing, a fan coming up to me onstage,” Adam said in his new post. “I have always been someone that loves, respects, worships our fans.

Without our fans, we don’t have a job. I say that all the time, to our fans. To think that anyone would believe that I thought that our fans were beneath us, or less than us, makes my stomach turn. That’s just not who I am. That’s not who I’ve ever been.”

The 42-year-old alum of The Voice continued, “So I just need you guys to know I was really startled, and sometimes when you’re startled…you have to shake it off and move on. Because I’m doing my job up there. And it’s what I pride myself on, so I need to let you guys know what my heart is, and my heart is that connection that exists between the band performing onstage and the fans.”

Adam, who is married to Behati Prinsloo, concluded his message with, “I hope we can all understand that,” and then blew a kiss to the camera.

After the show, footage posted by TikTok user @luispenaloza9525 showed a woman surprising Adam onstage and putting her arms around him as he belted out “Sunday Morning.”

In the video, which went viral and can be seen here, security quickly pulled the woman off the stage.

“This lady jumped on stage during Maroon 5’s performance,” the TikTok user wrote. “Adam Levine was not having it.”

The singer’s reaction was met with criticism from some individuals, including one person who took to the comments section to write, “He forgets it’s people like her why he is what he is.” Another fan posted, “He needs to sit down and be humble for a sec.”

Not all of the comments were negative, as one person said Adam had the correct reaction after “a random person invaded his personal space during a pandemic.”